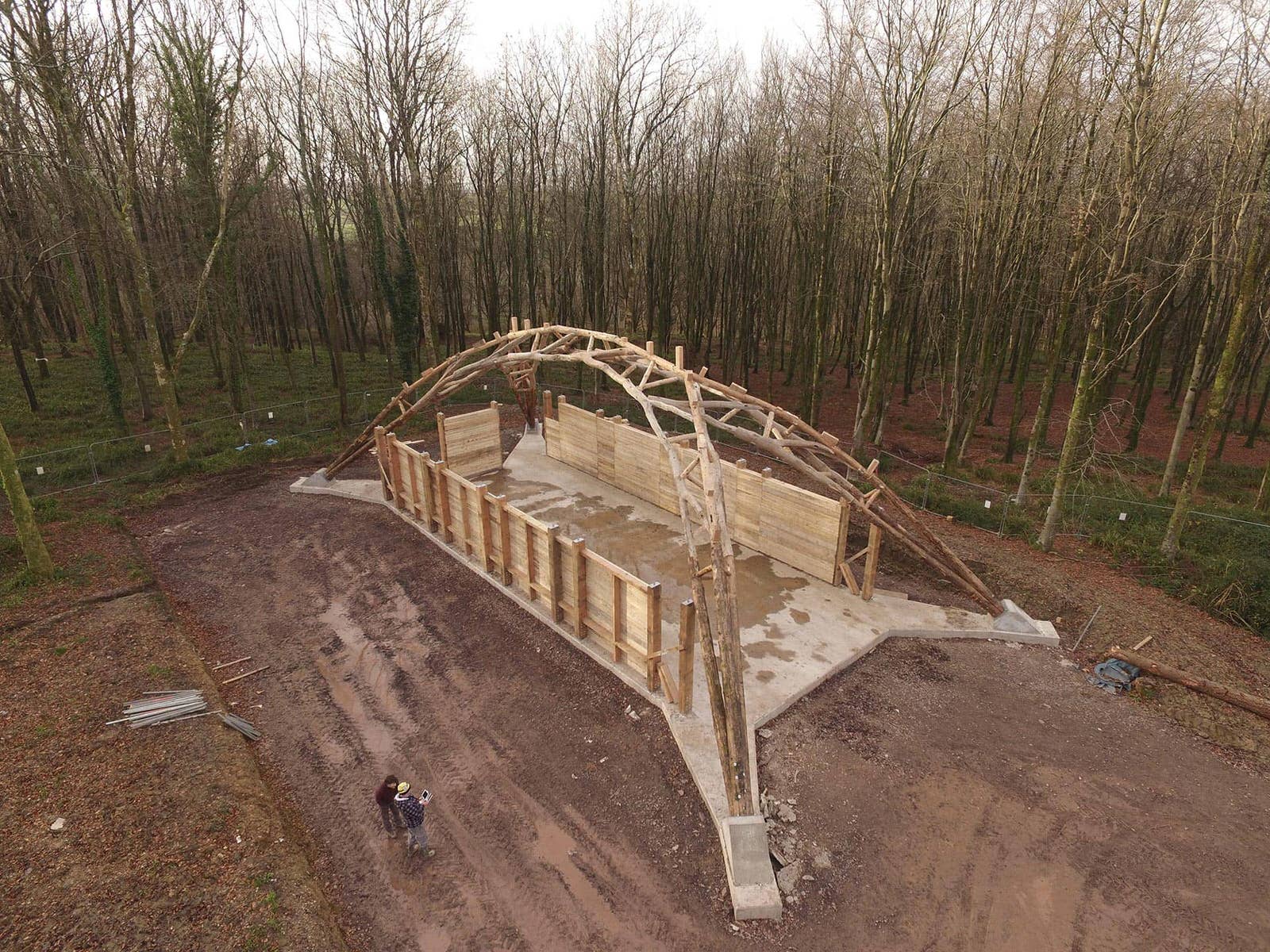 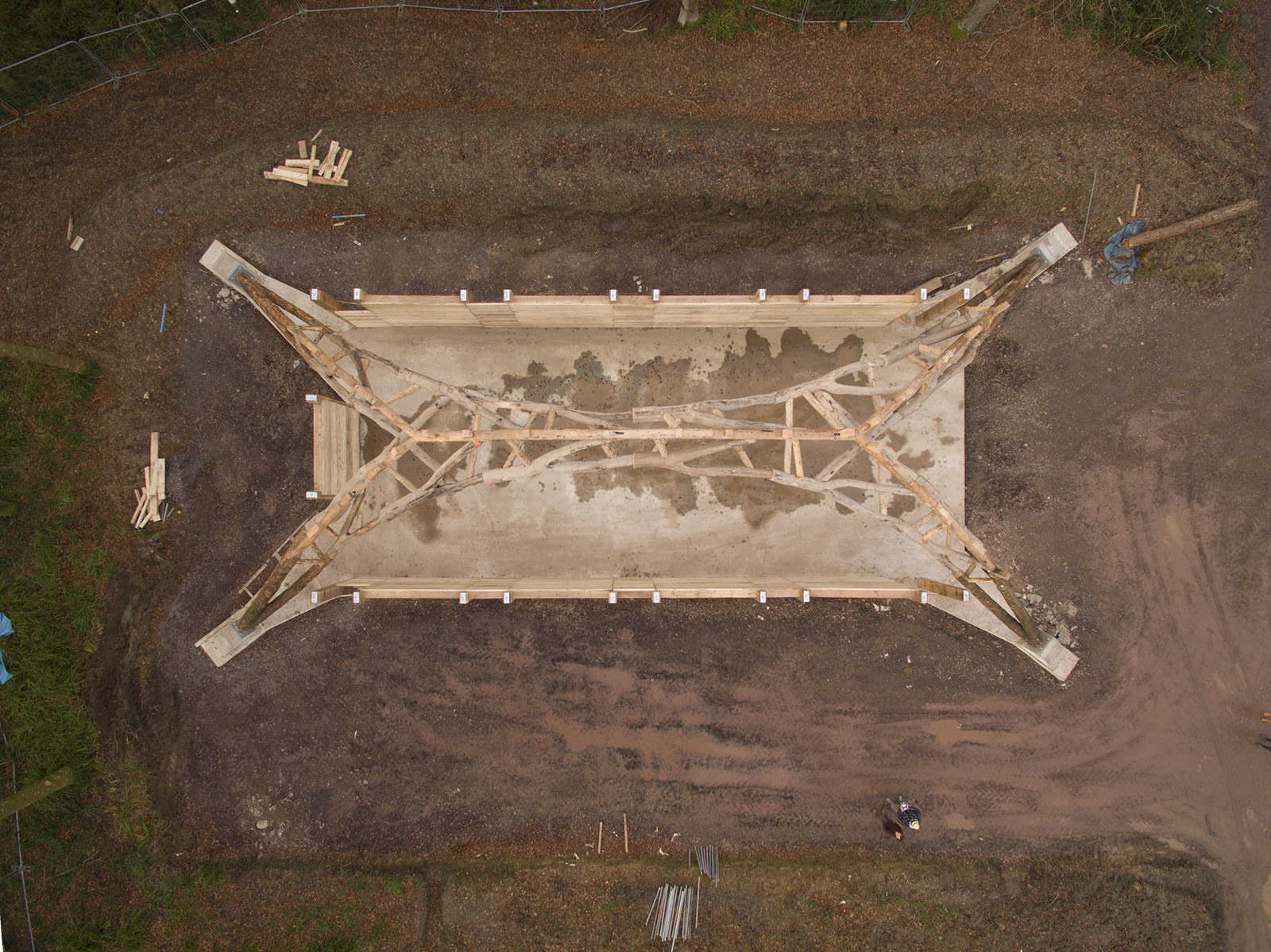 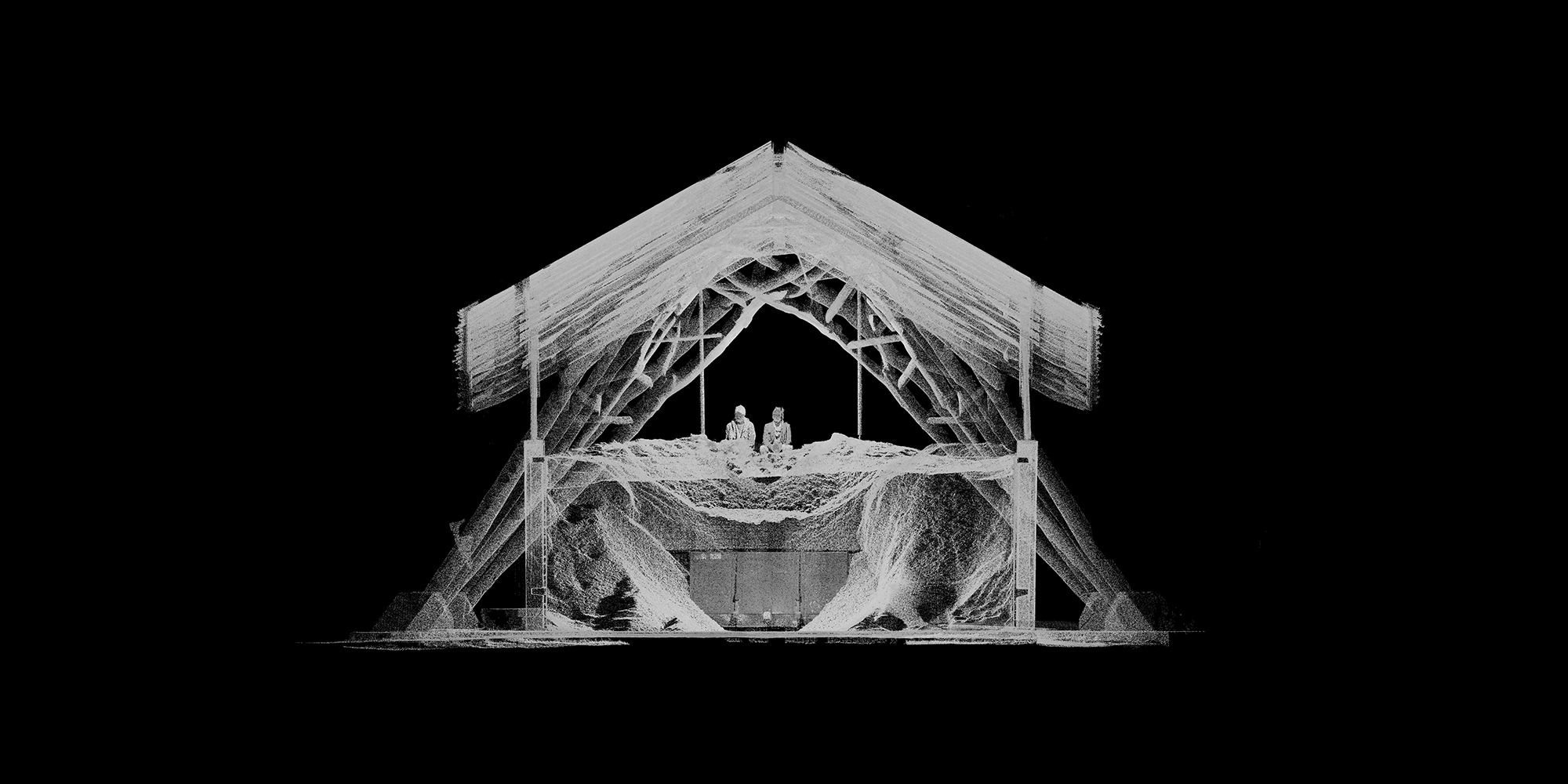 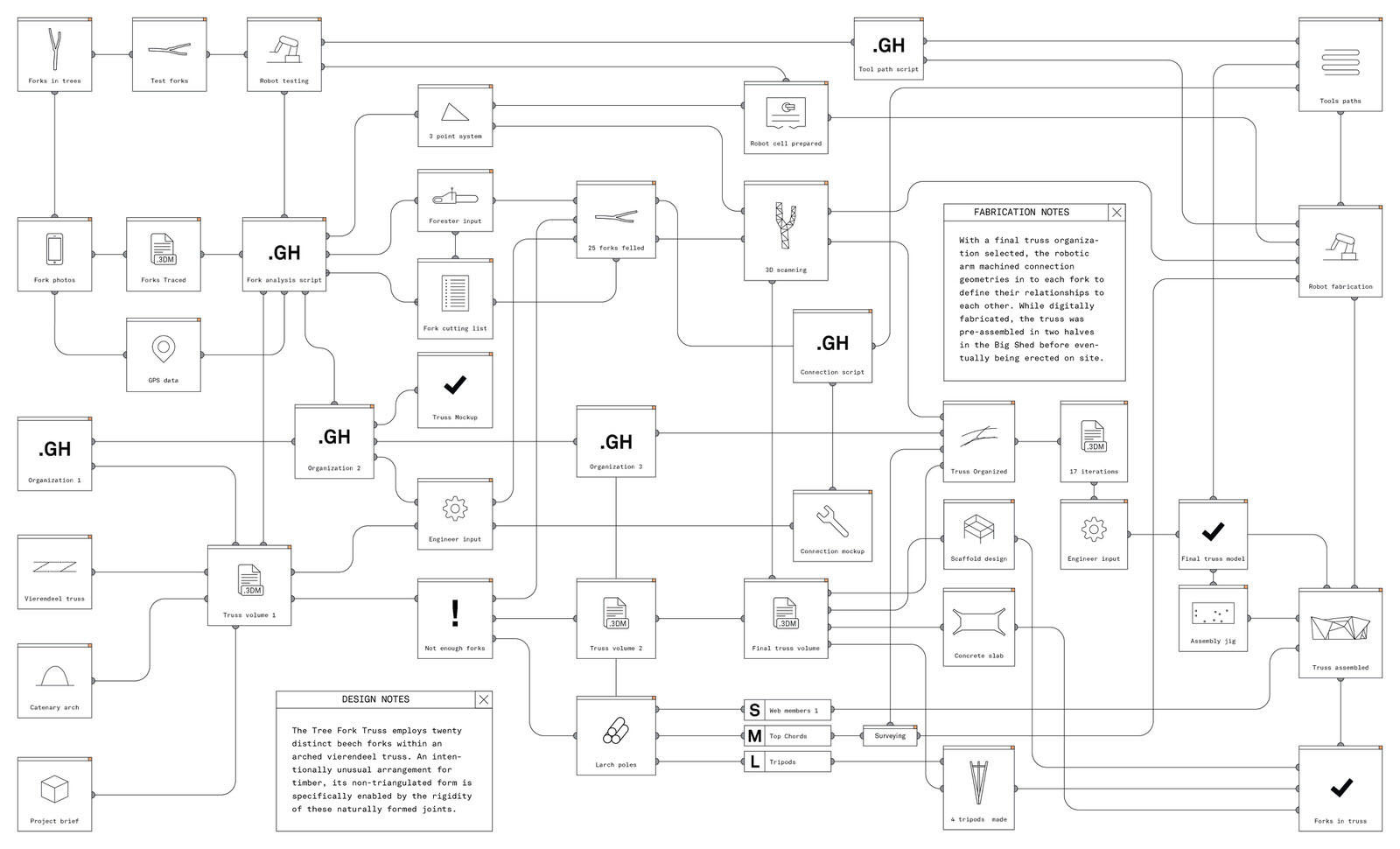 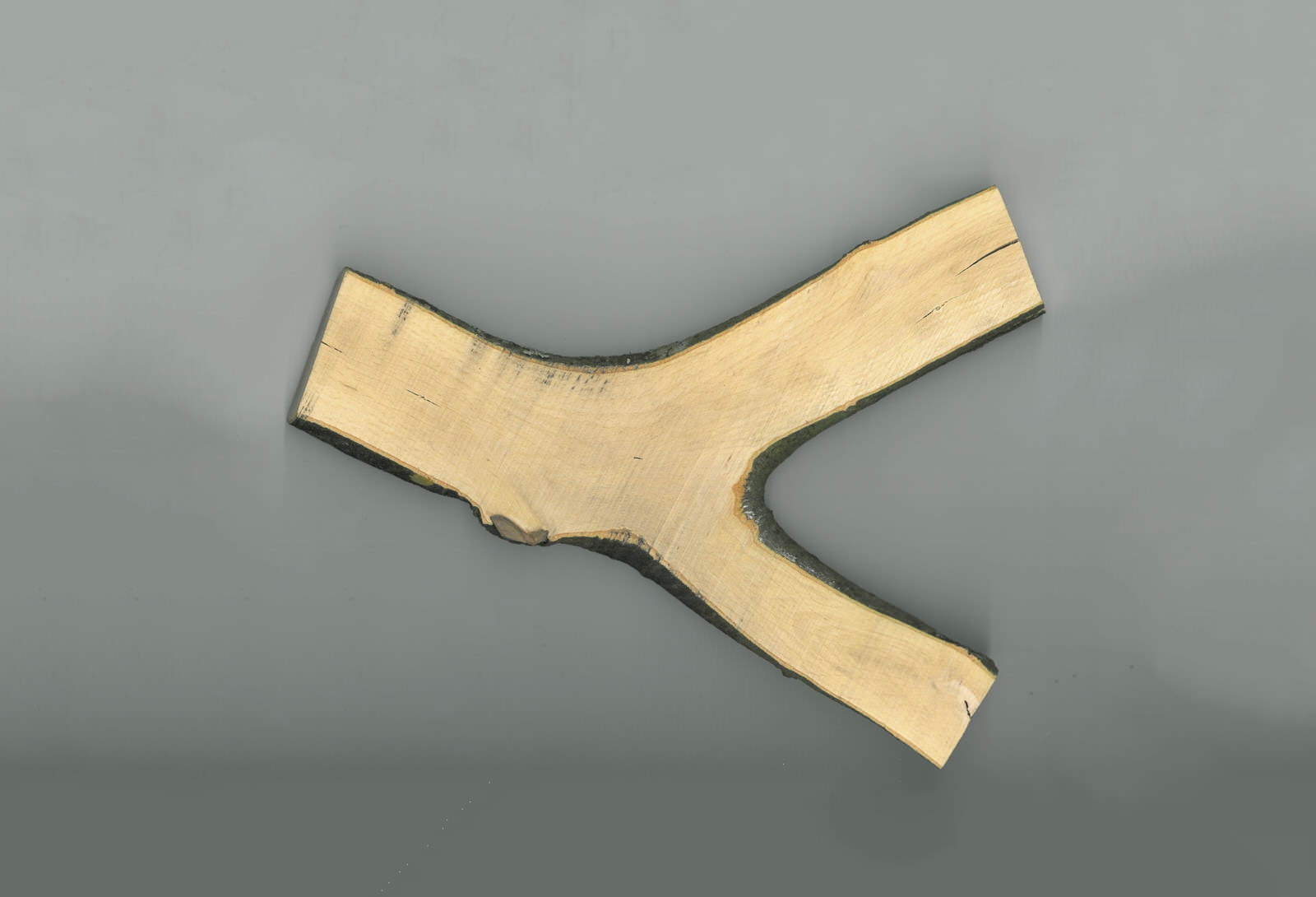 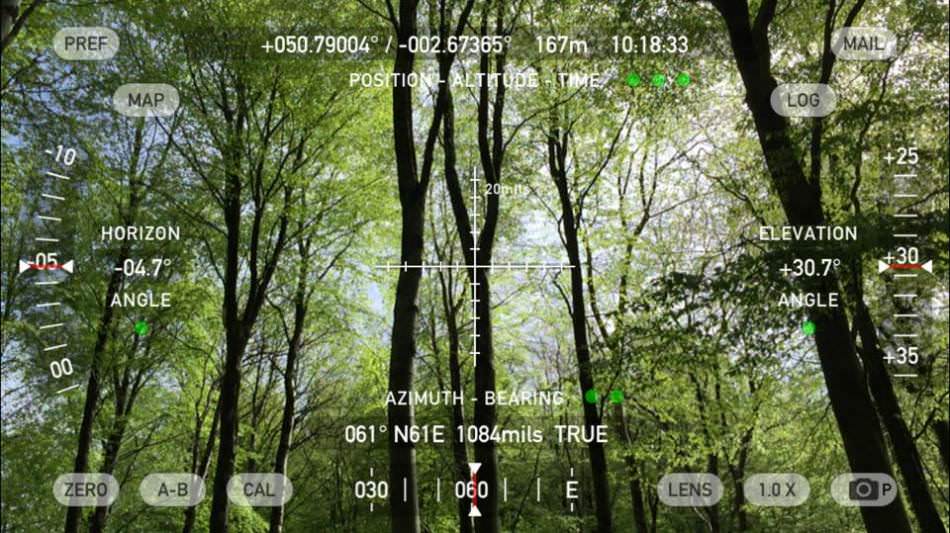 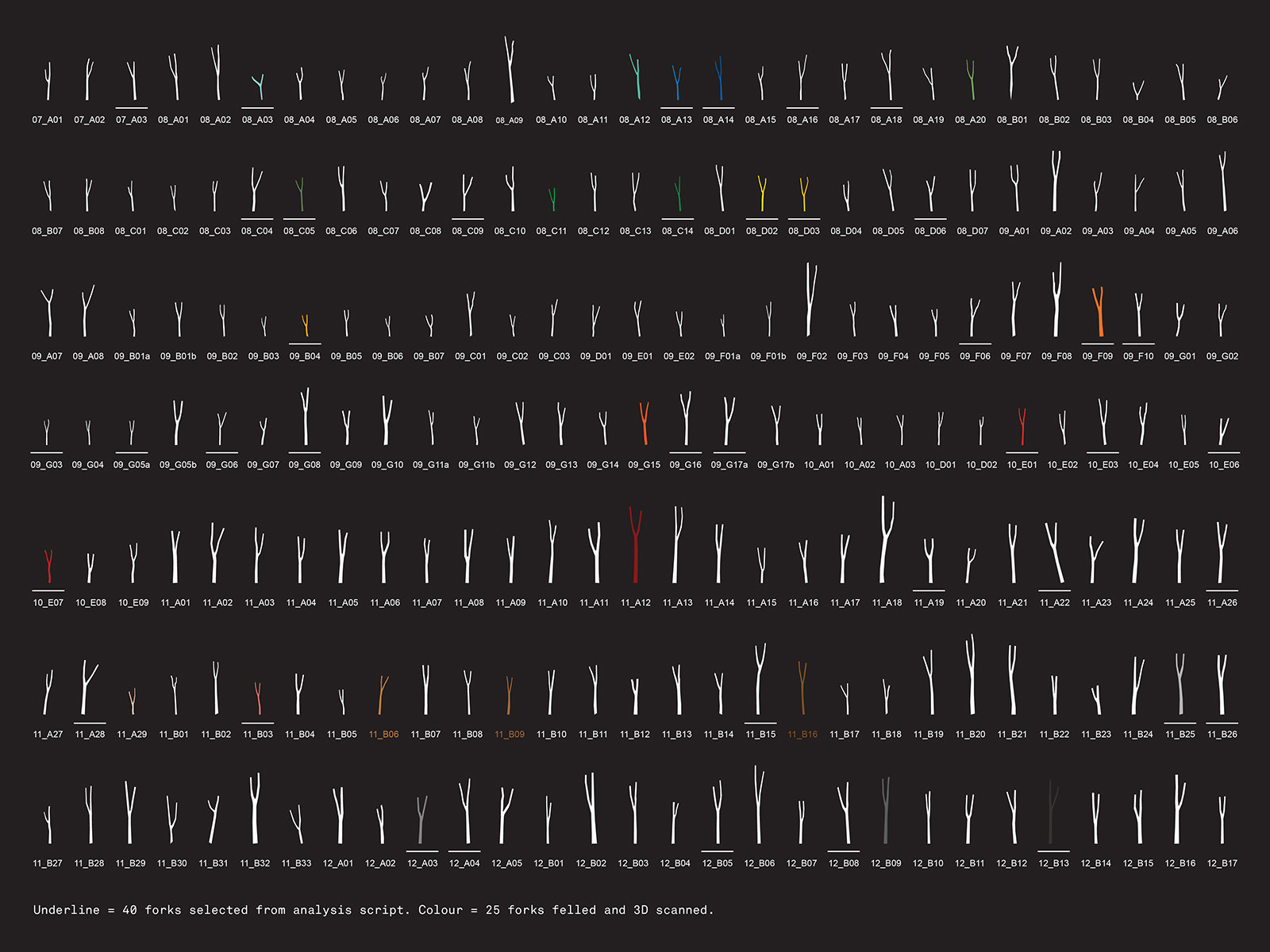 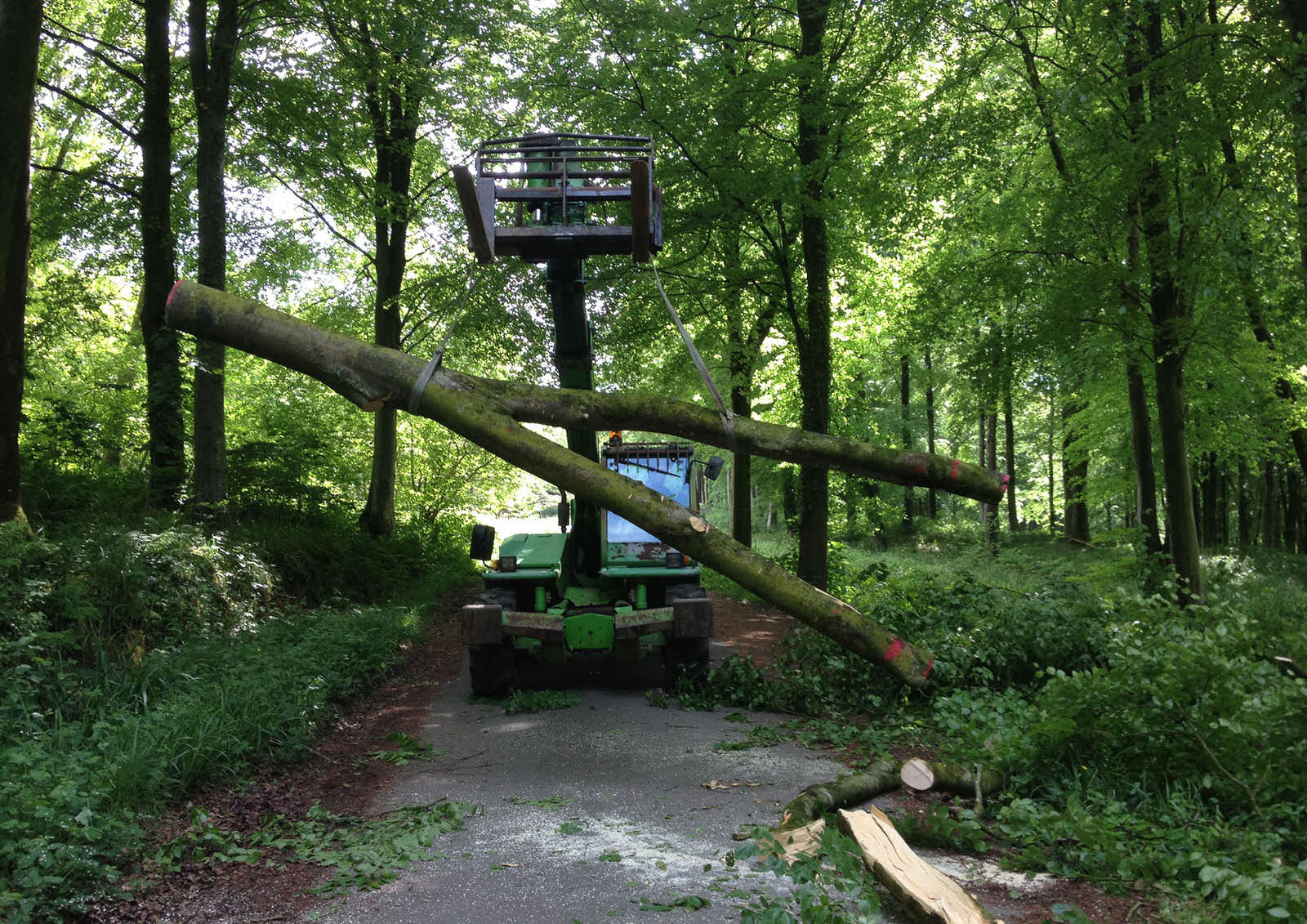 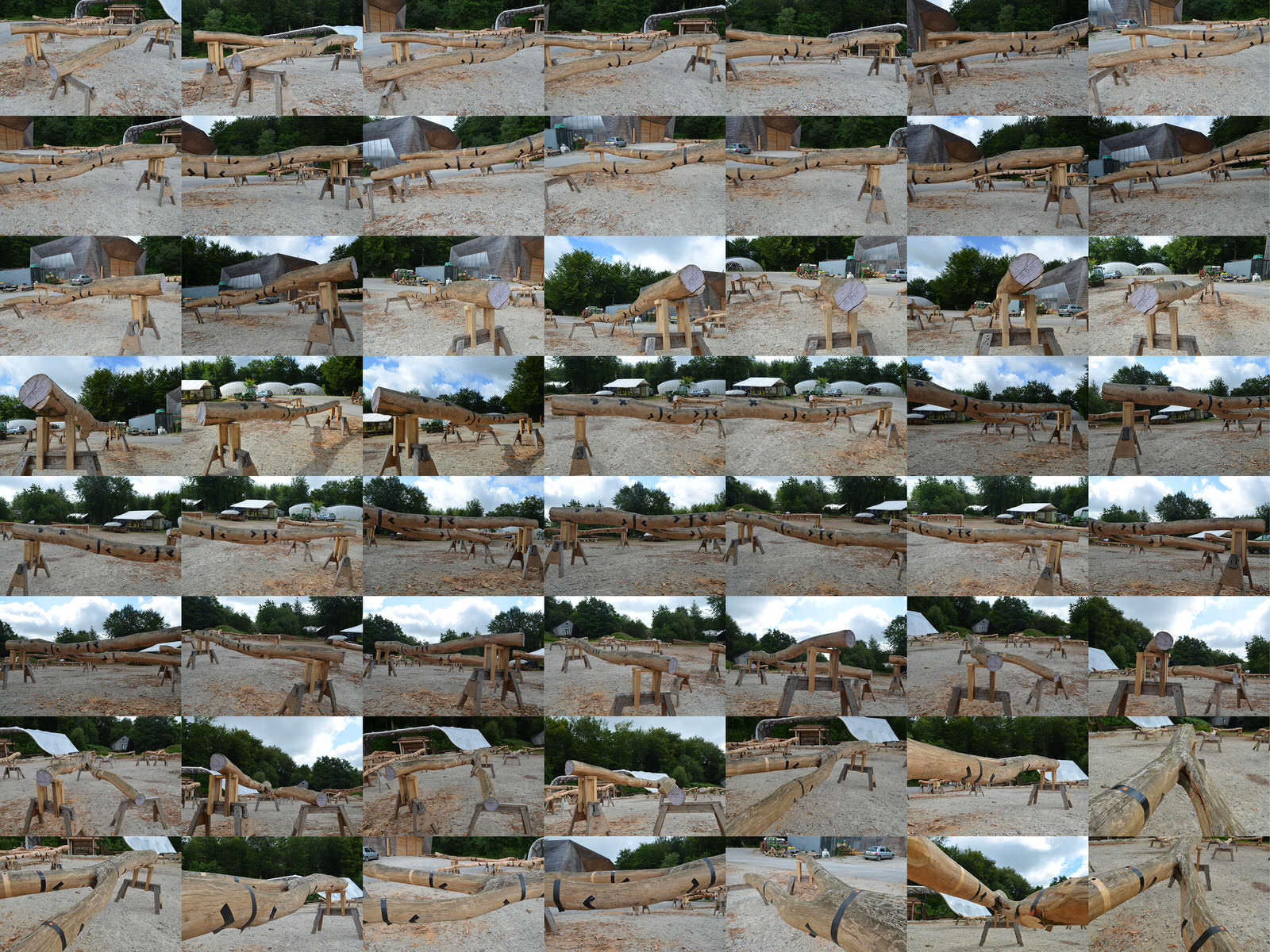 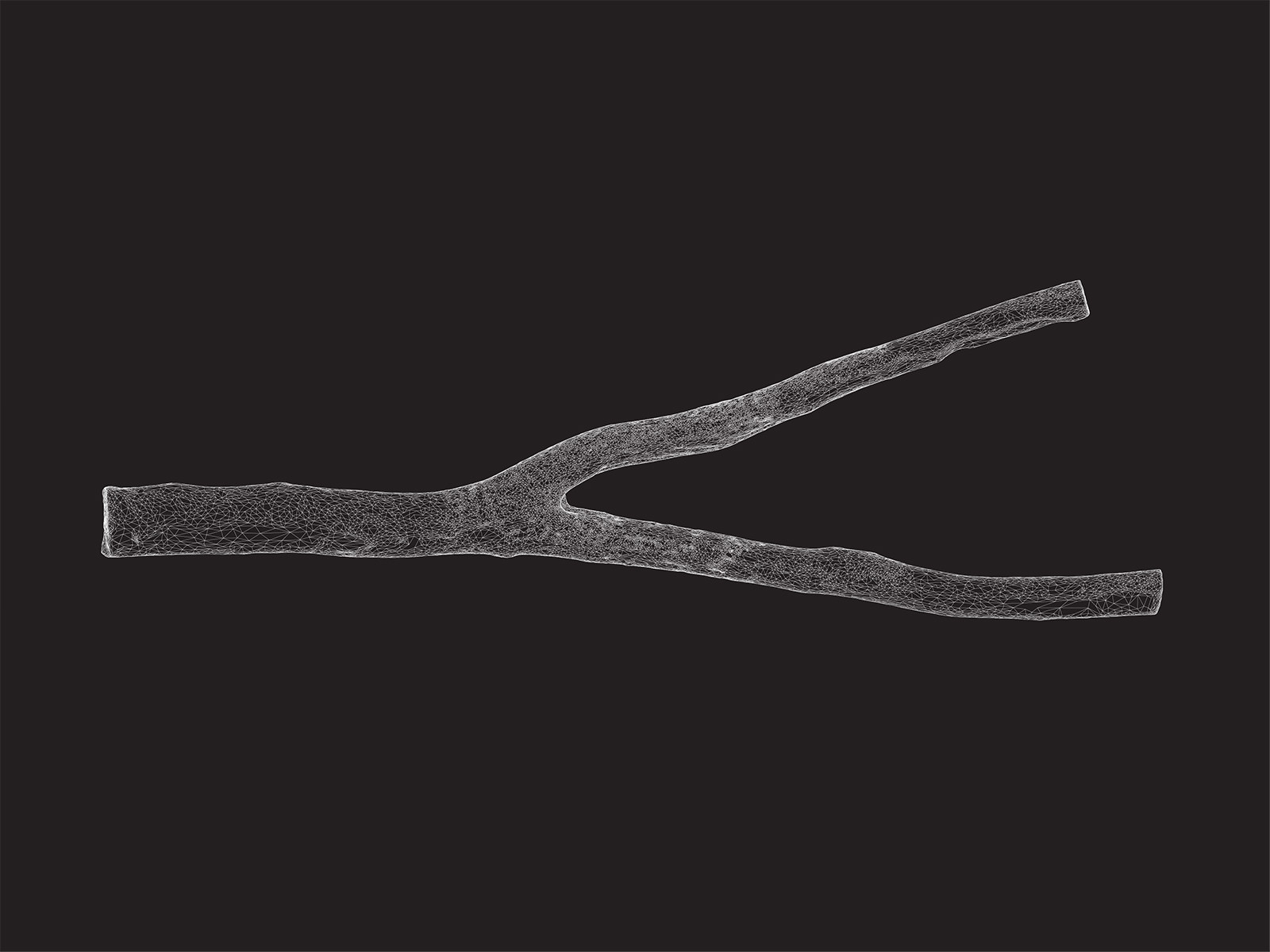 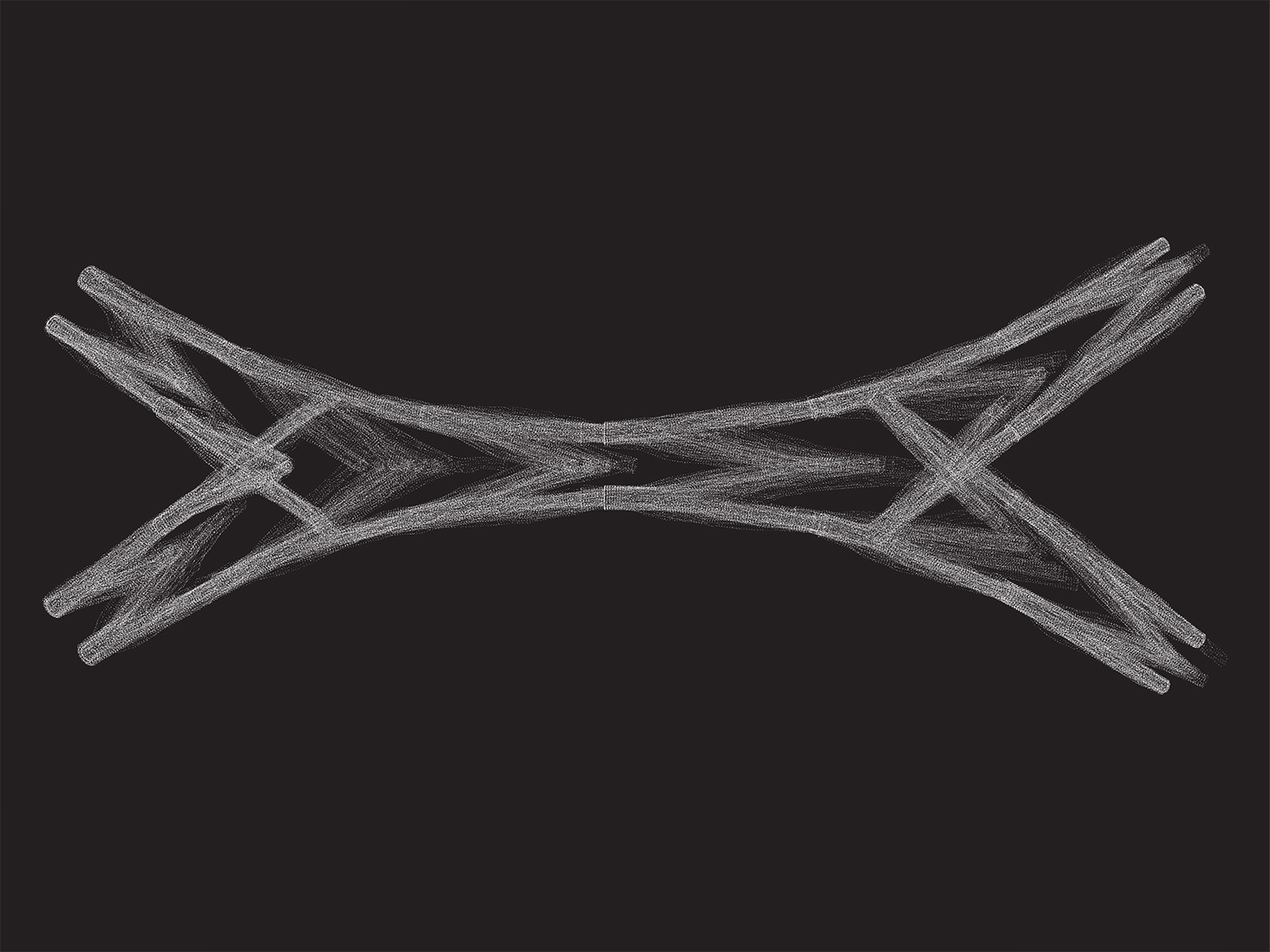 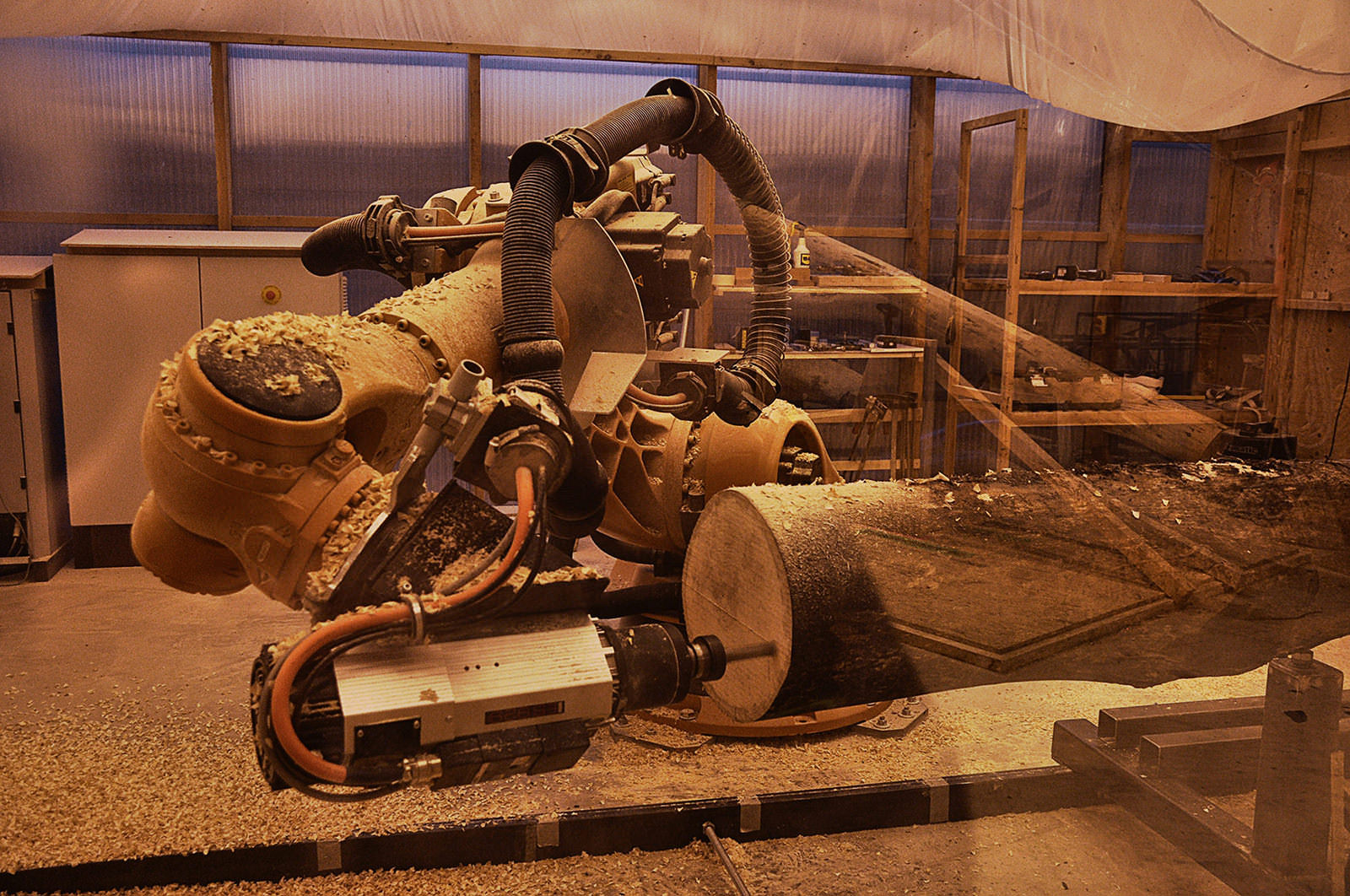 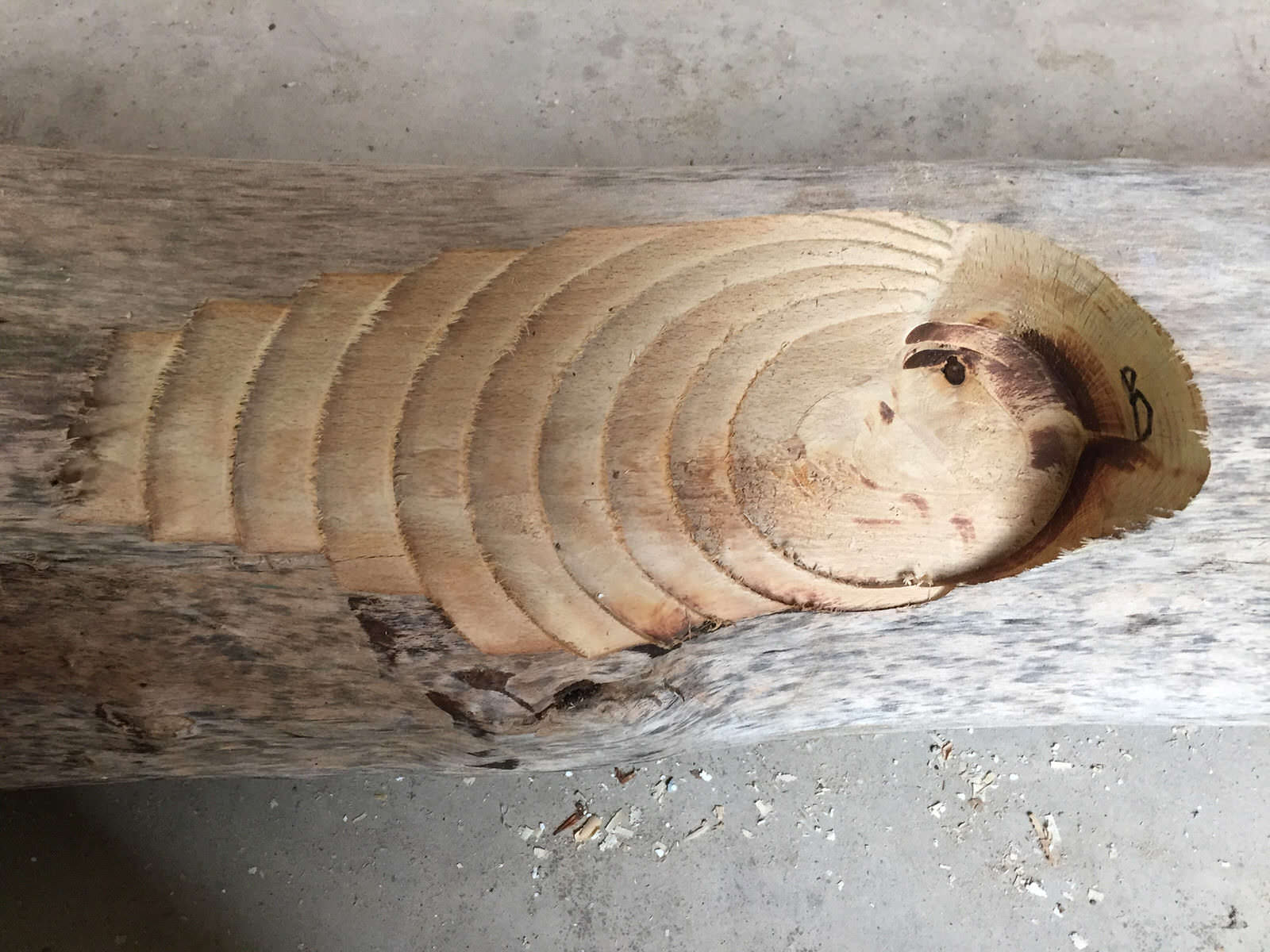 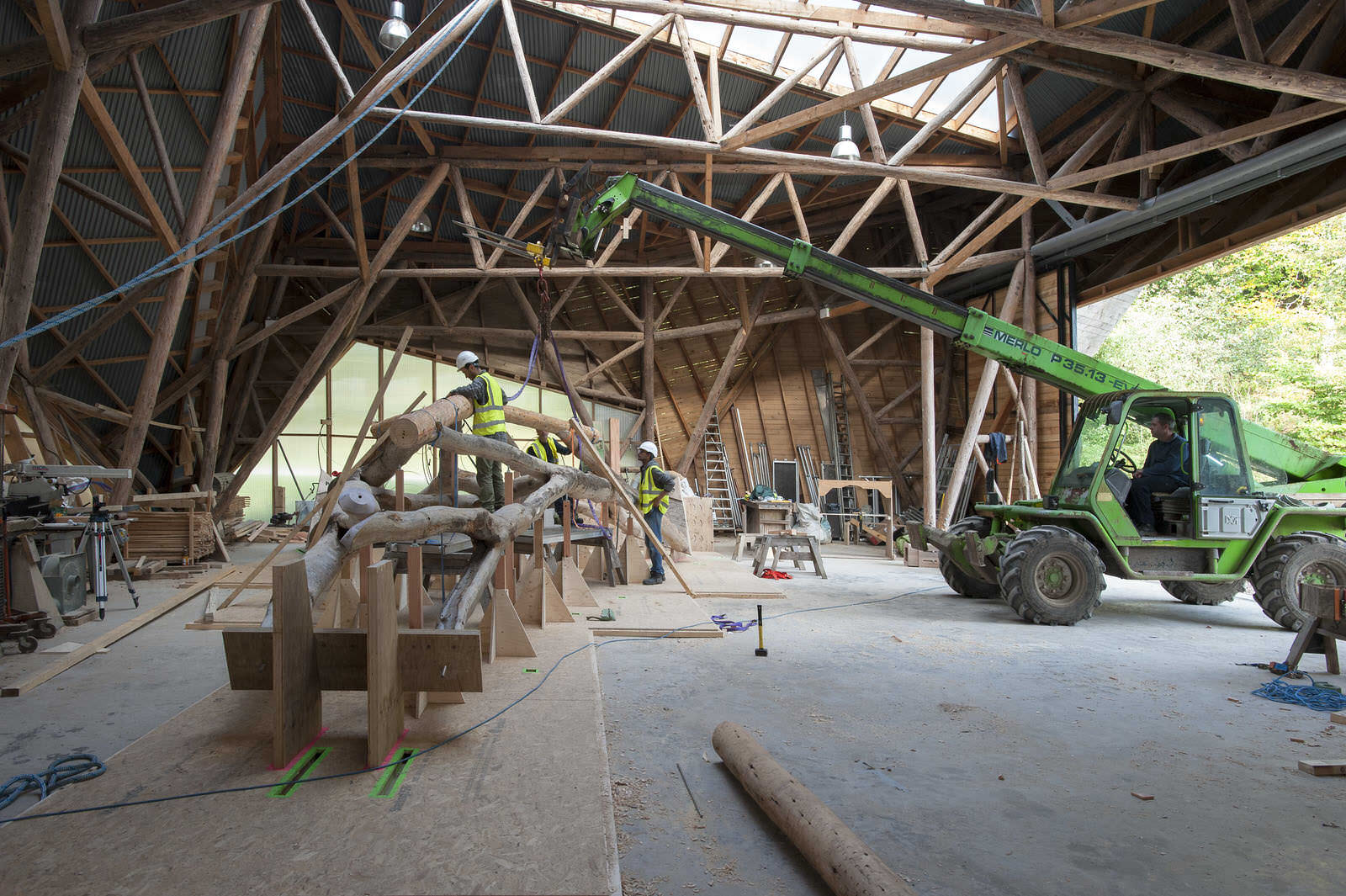 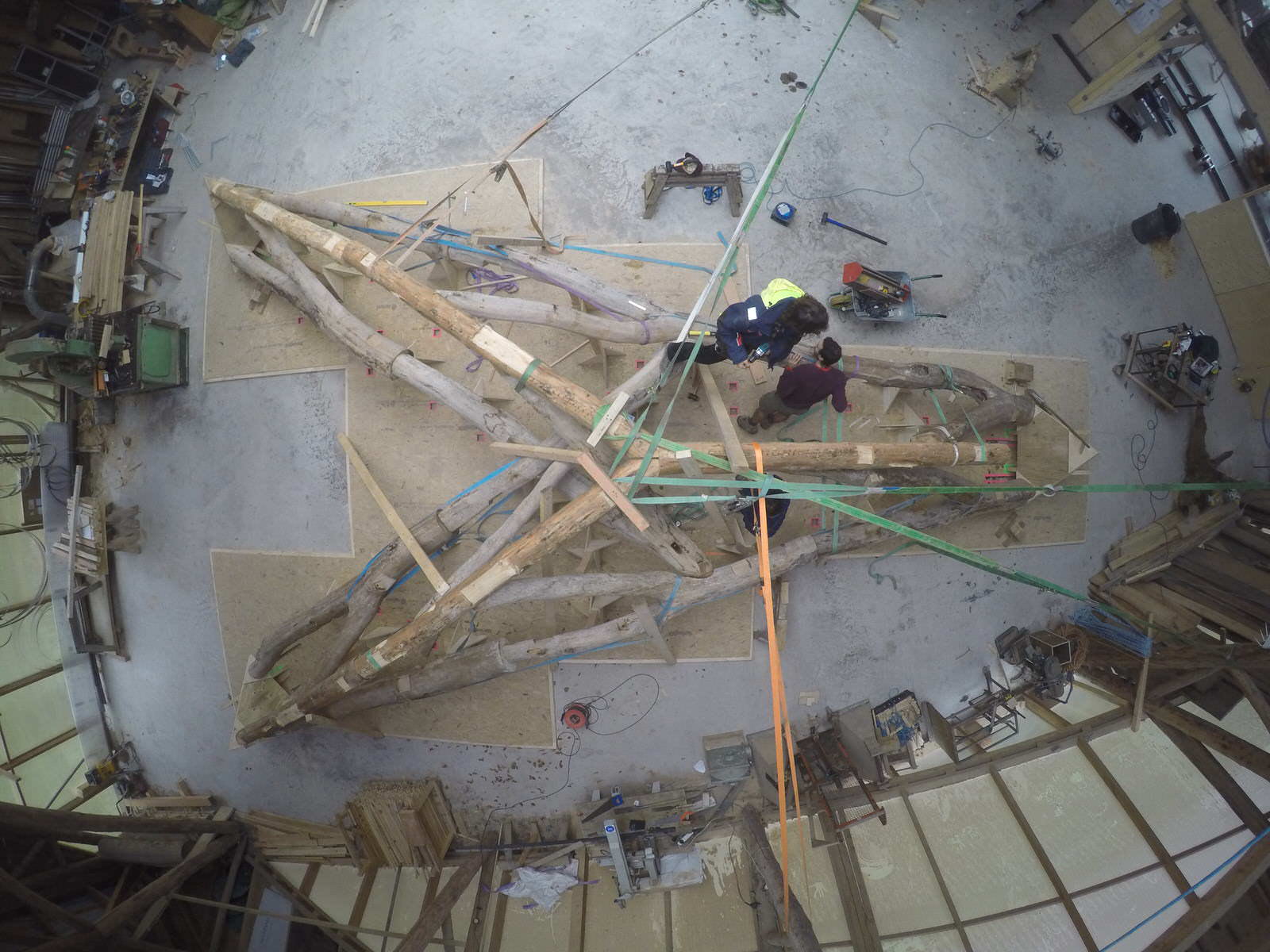 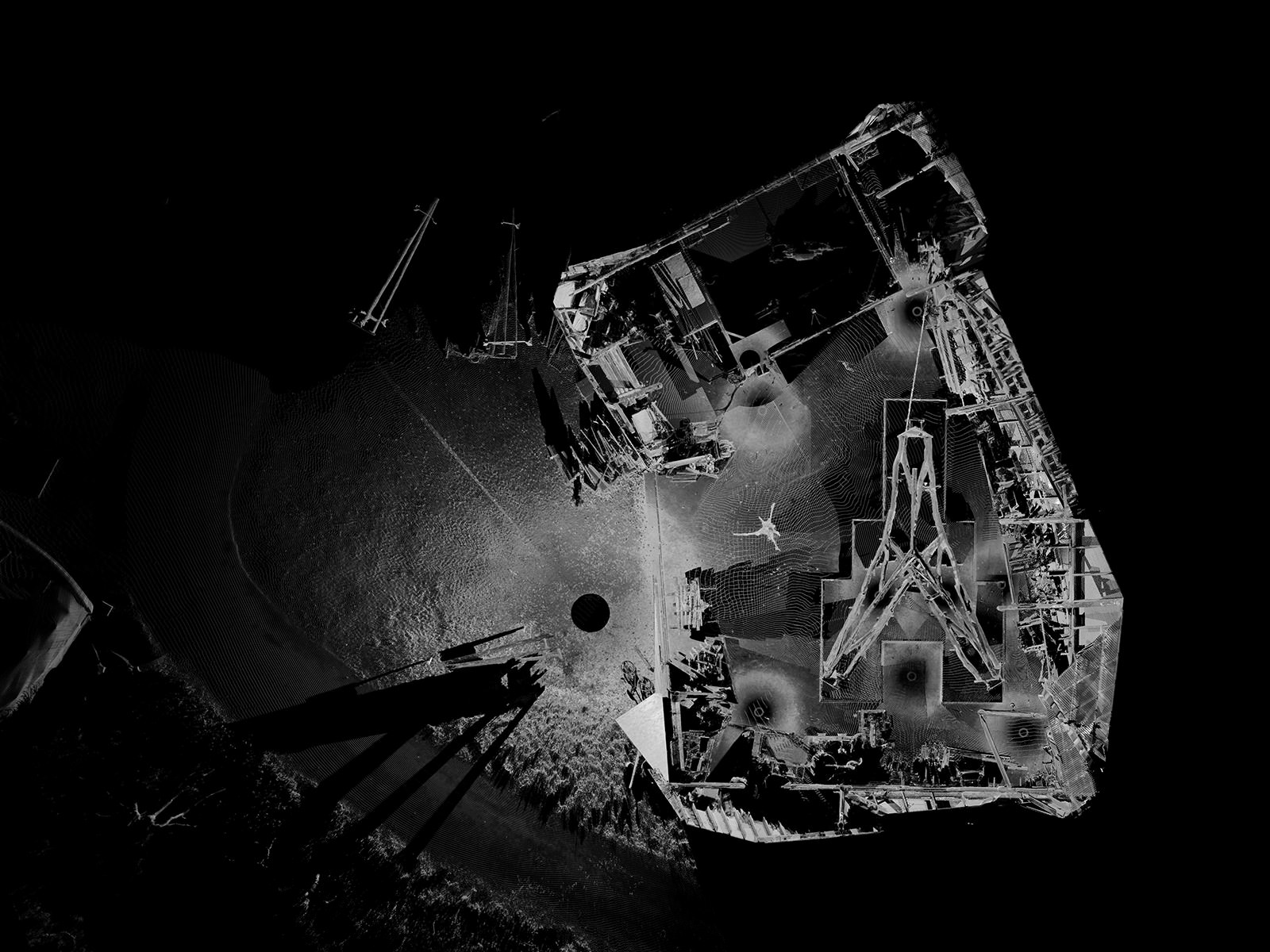 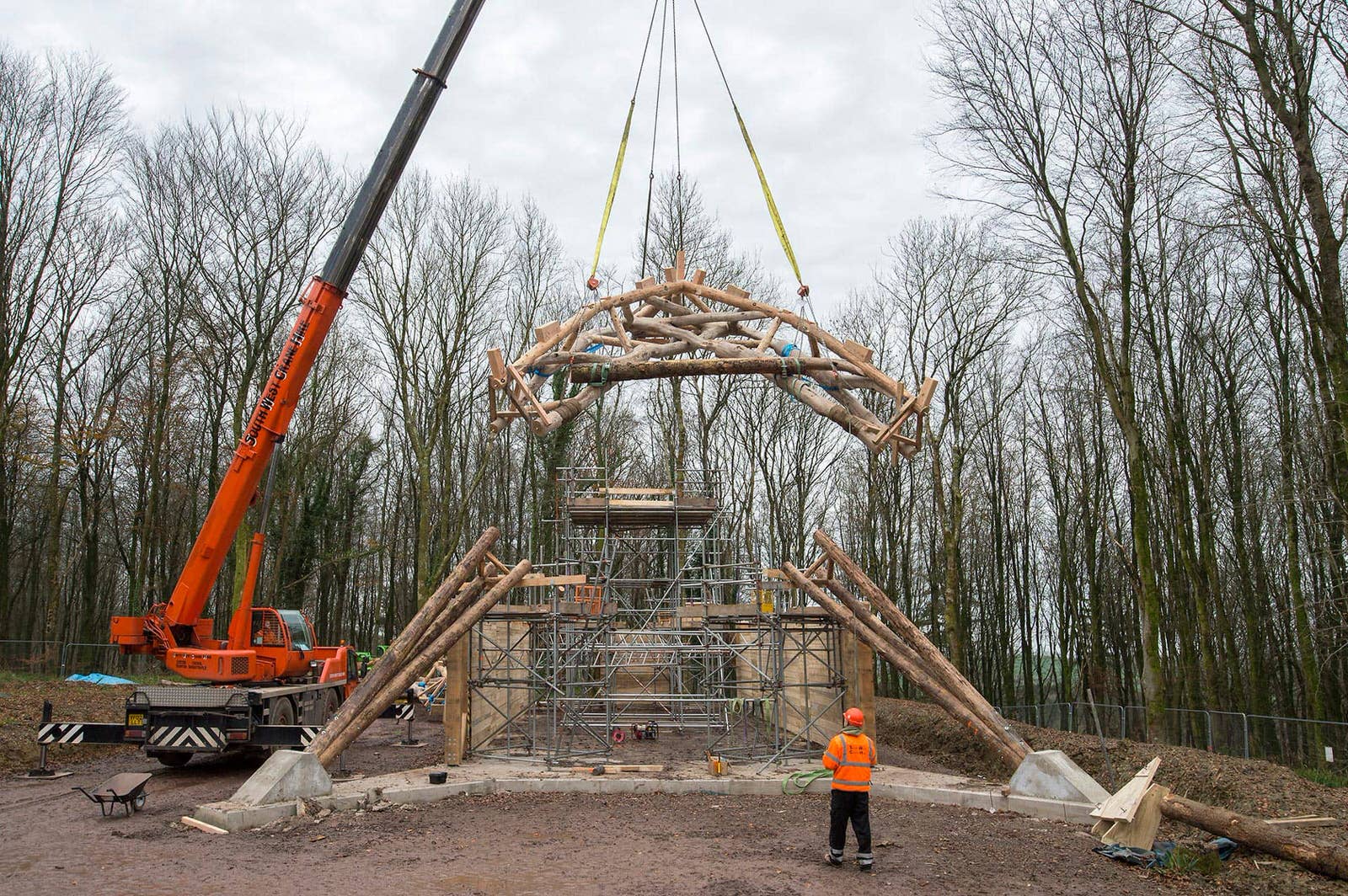 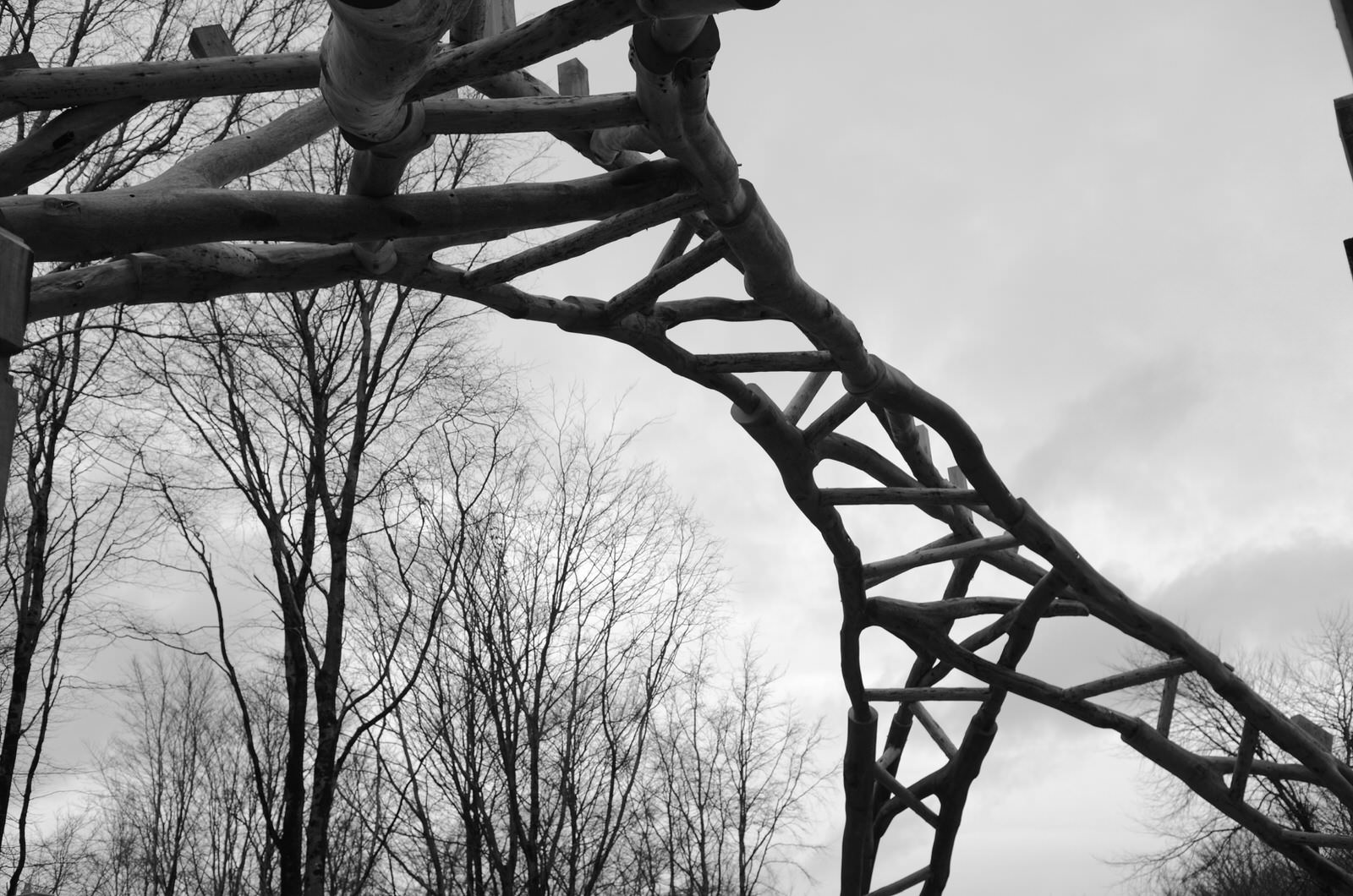 The Wood Chip Barn’s ‘Tree Fork Truss’ is made up of 20 distinct beech forks sourced directly from the surrounding woodland. The inherent form and structural capacity of the natural tree is transferred and exploited. A recent 3D pointcloud survey developed with a Lidar scanner confirmed both the accuracy of the original assembly and minimal deviation in the two years since completion.

The project focused on developing a workflow for using complex pieces tree pieces disregarded by the timber industry. Having surveyed Hooke Park’s beech compartments, a digital database of 204 potential forked components was established, and from the understanding of material provided, the structural concept developed. Based on the criteria of this structure, 25 forks were harvested from the forest, brought back to the campus and 3D scanned in detail using photogrammetry operations.

A bespoke organisation script developed in the Rhino/Grasshopper environment was used to generate a final arrangement of forks in collaboration with our workshop team and engineers from Arup. This digital model was then translated into fabrication information with which Hooke Park’s 6-axis robotic arm transformed each fork into a finished component. An assembly jig was designed to allow for these precise yet heavy components to be precisely pre-assembled in the Big Shed before being transported to site for final assembly.

A fuller explanation of the complex workflow which underlies the Tree Fork Truss’ fabrication can be found in the project portfolio. In addition to press coverage, the project’s research was presented and published as part of Advances in Architectural Geometry 2016 and Fabricate 2017.