Work by MArch Design + Make students to produce a small cabin which continues a research line that has been emerging in Hooke Park over the last decade. 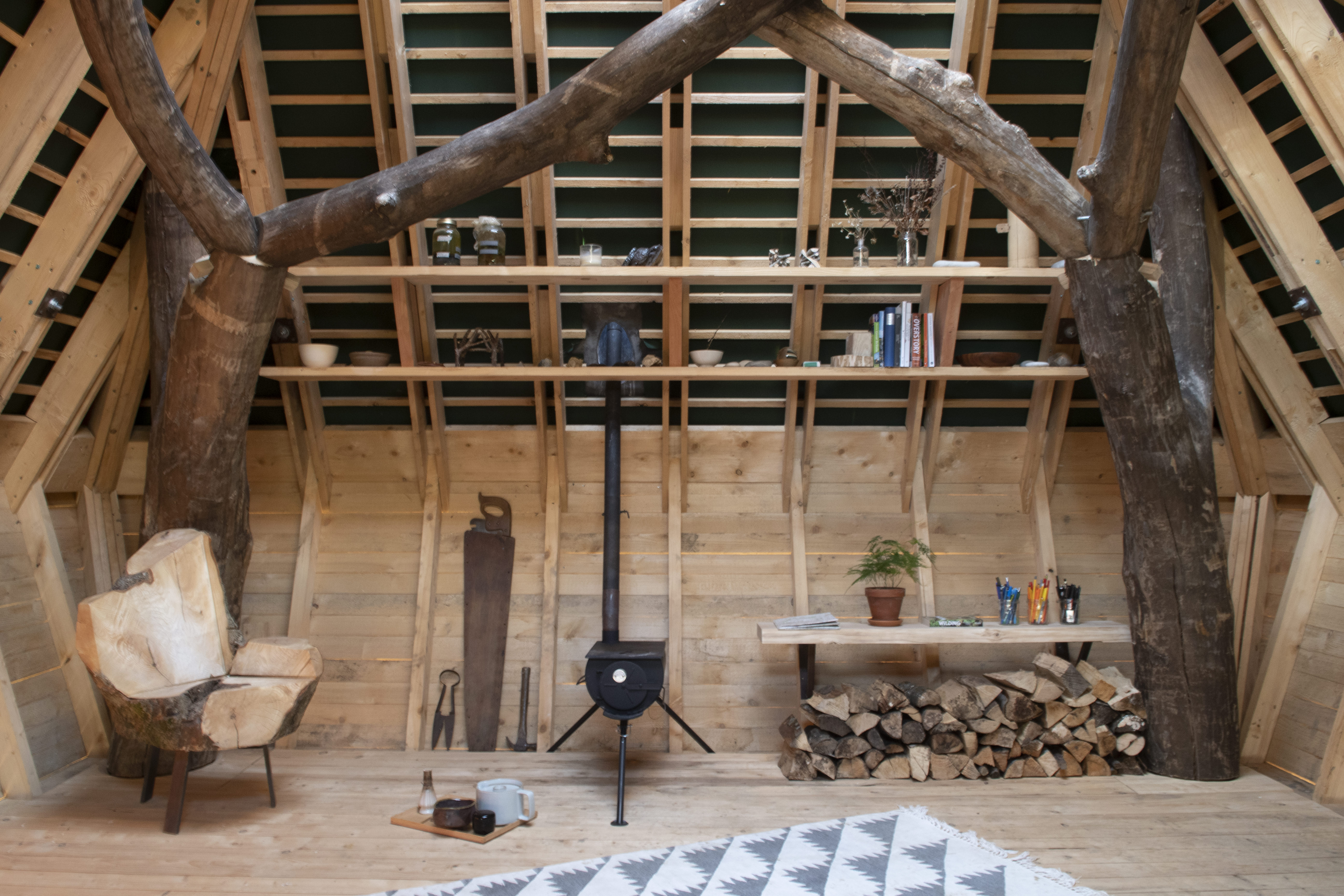 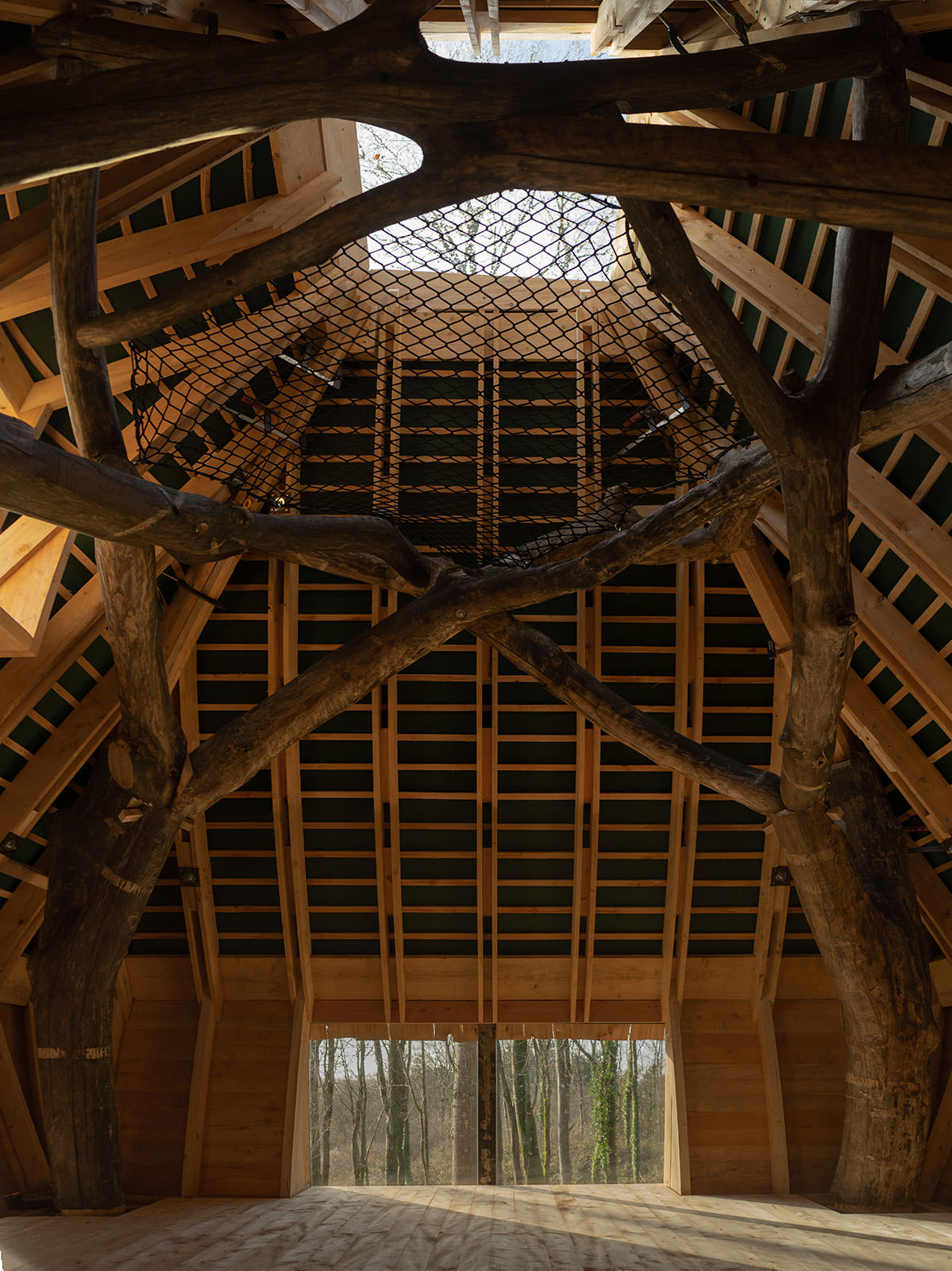 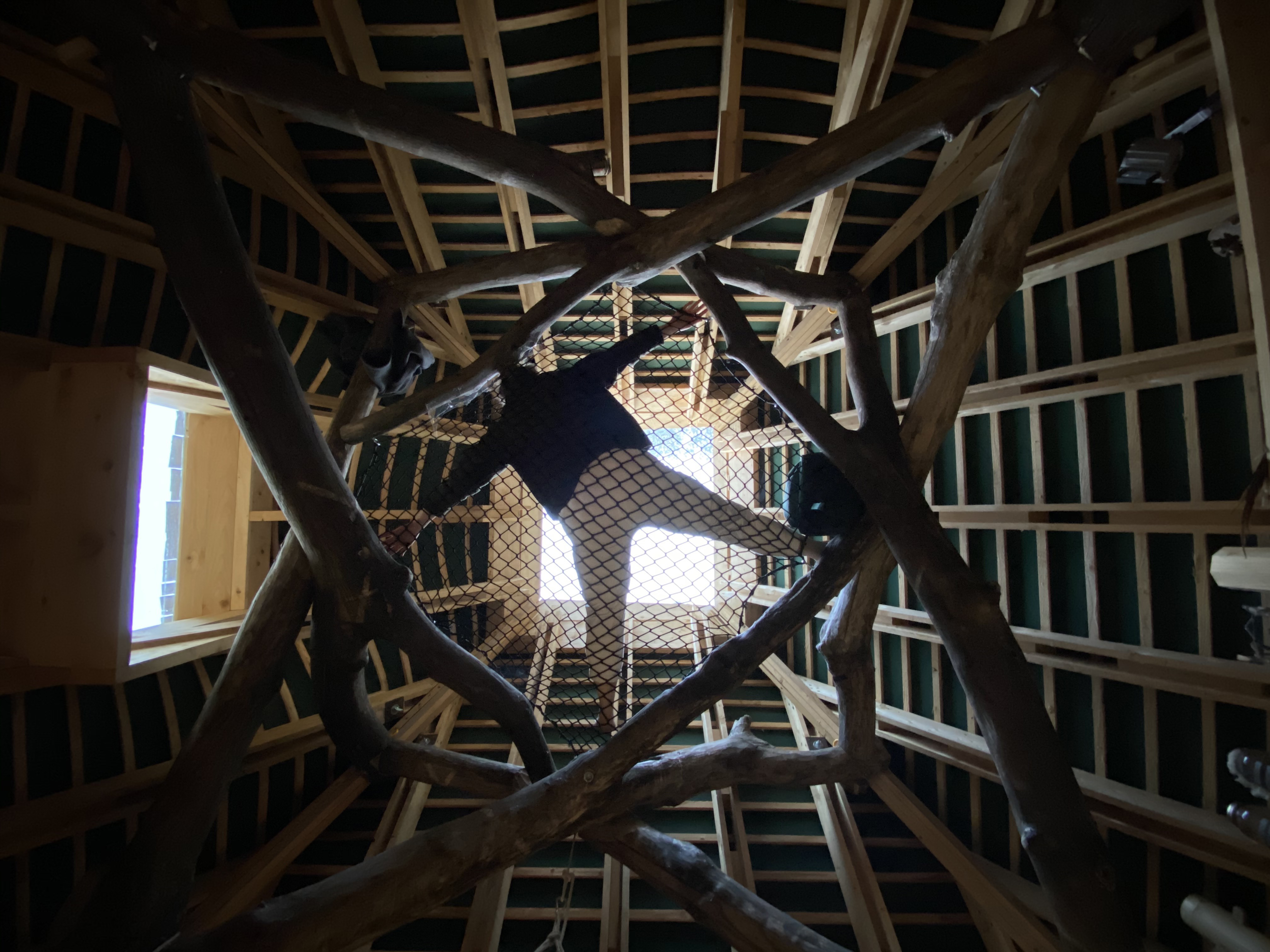 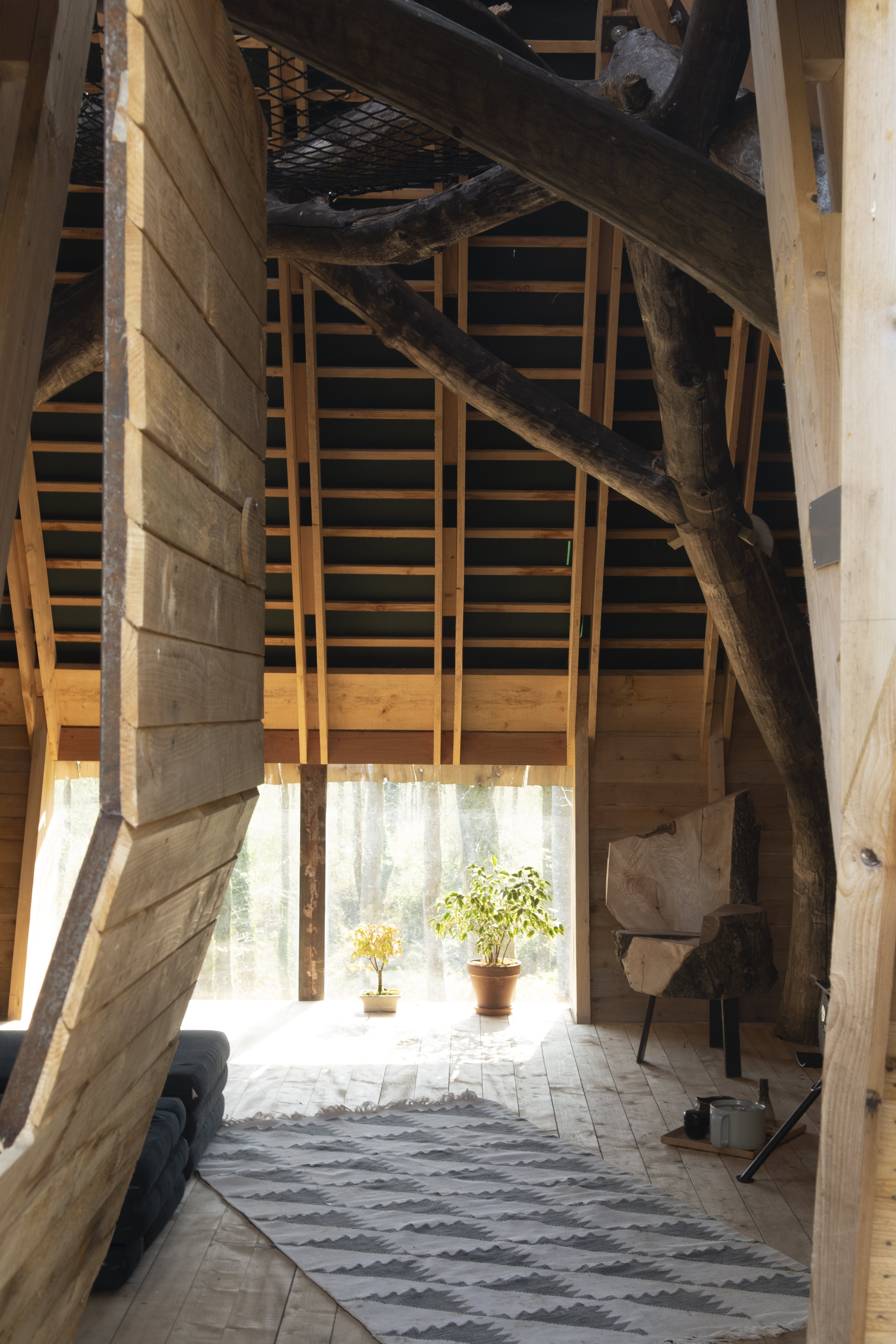 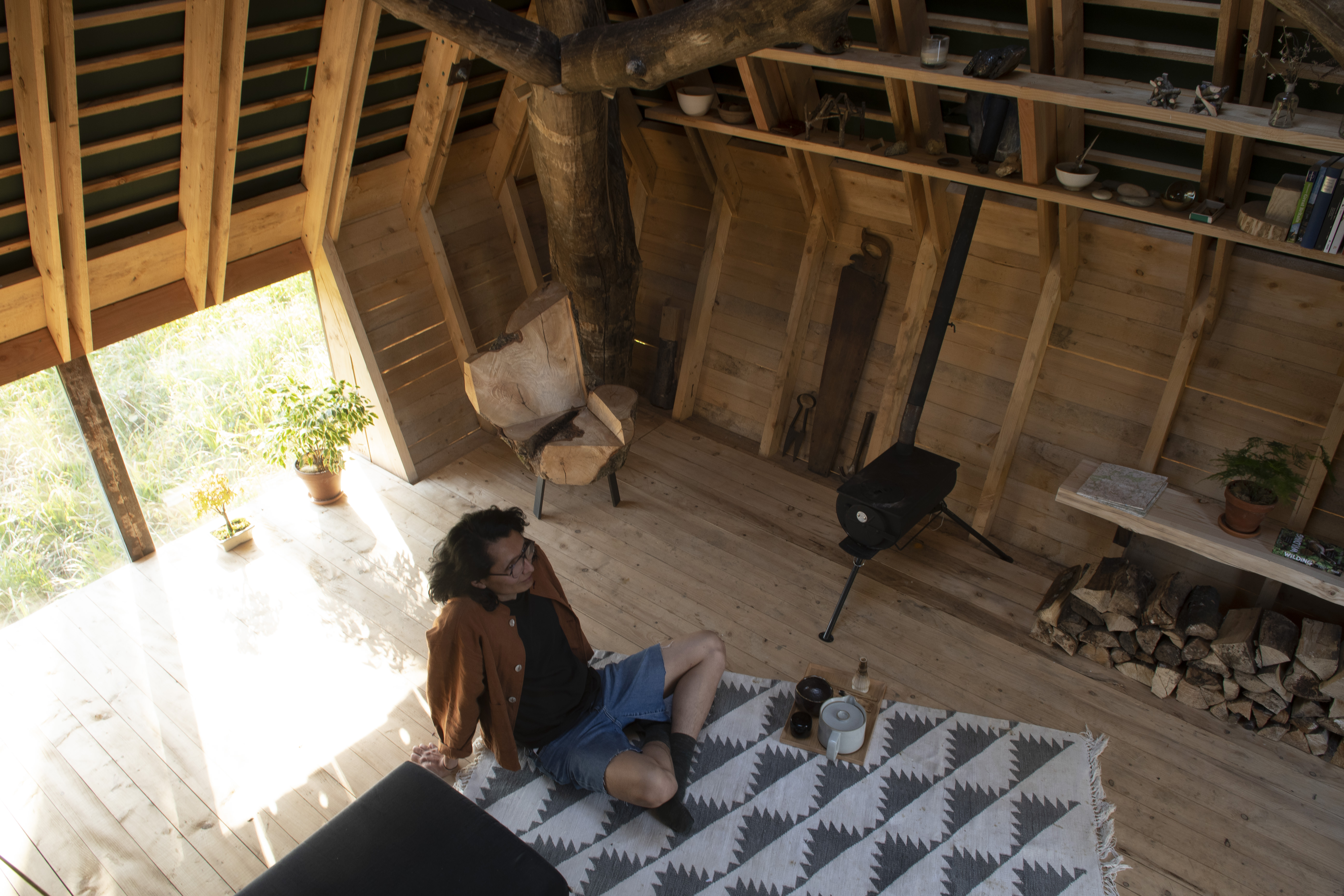 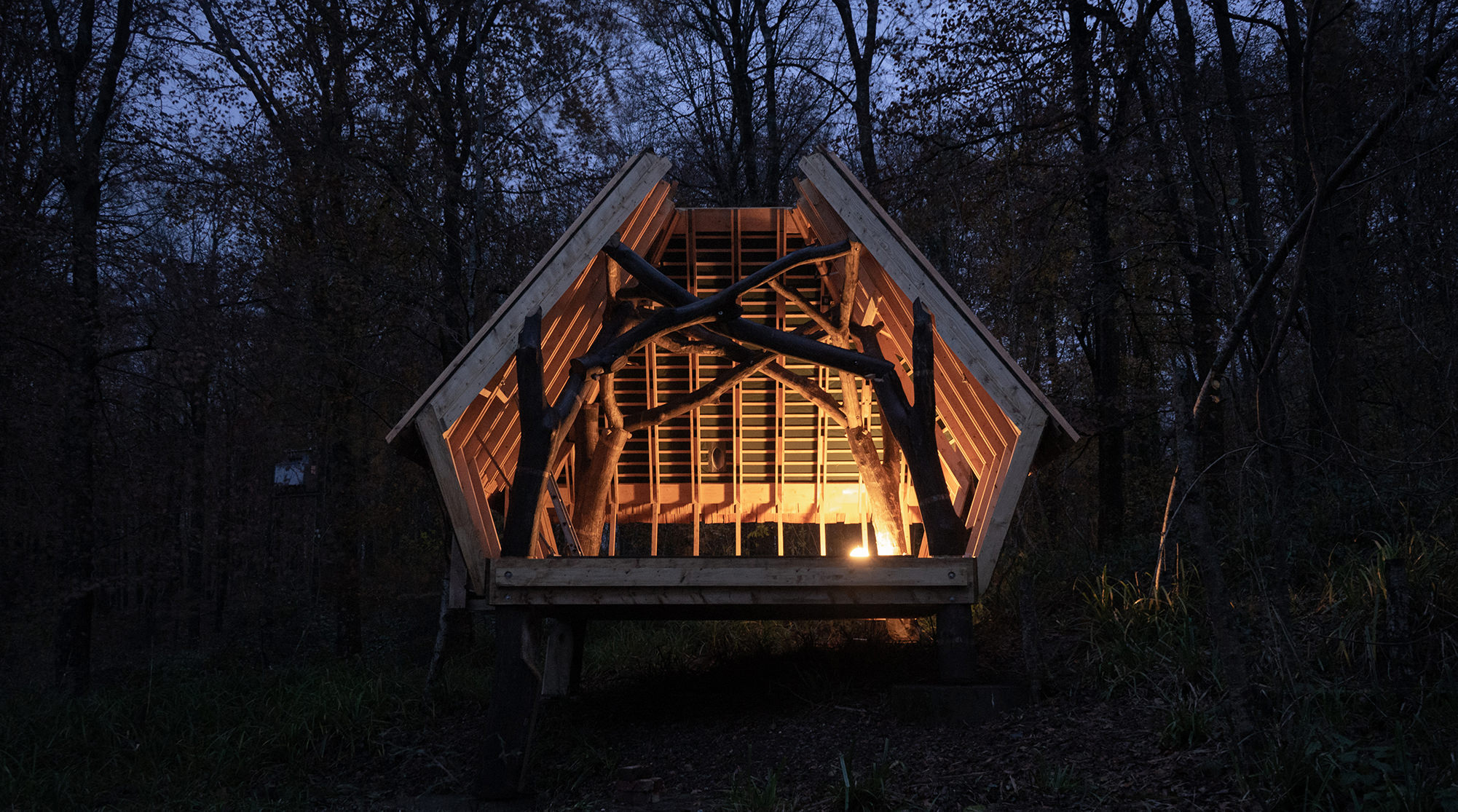 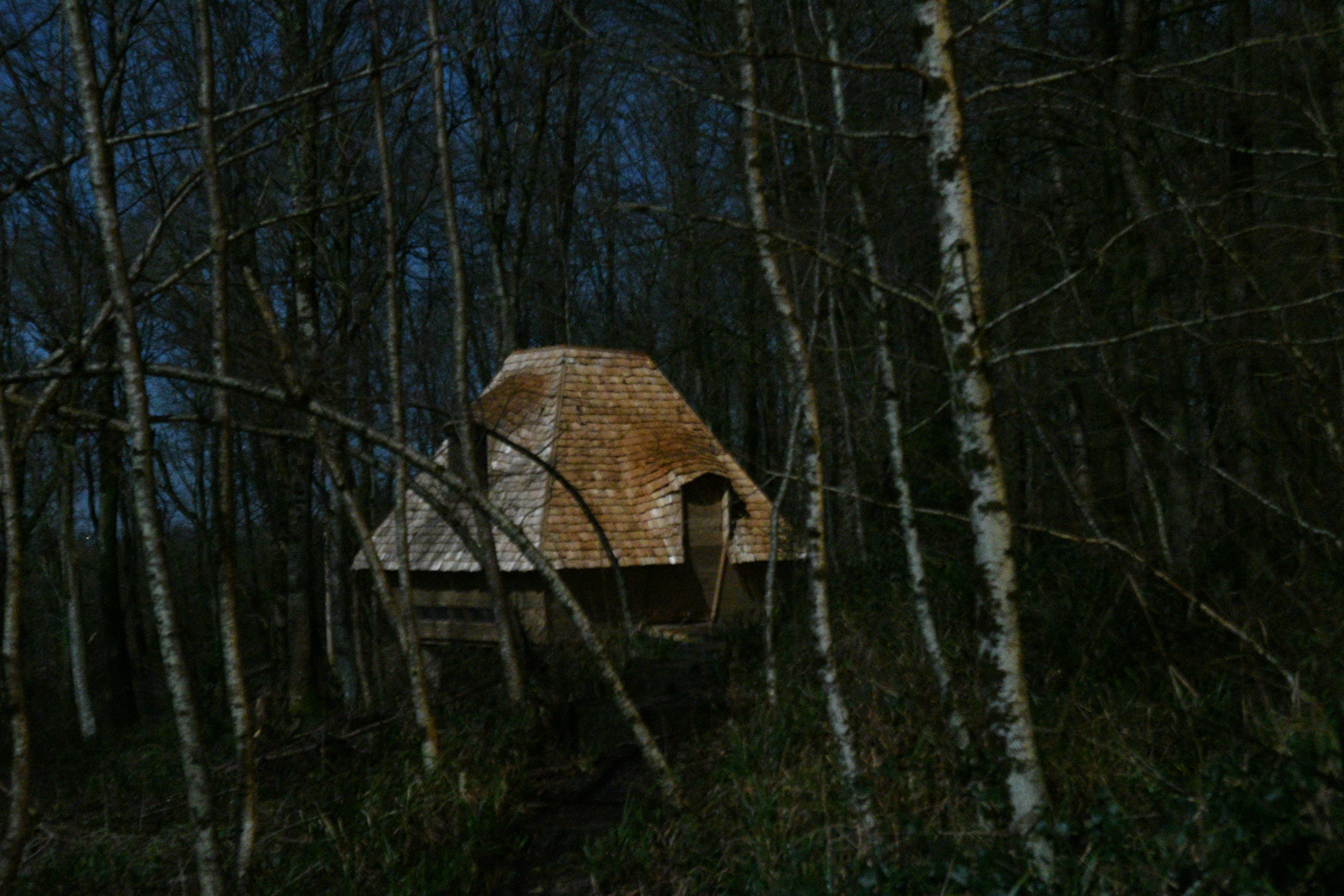 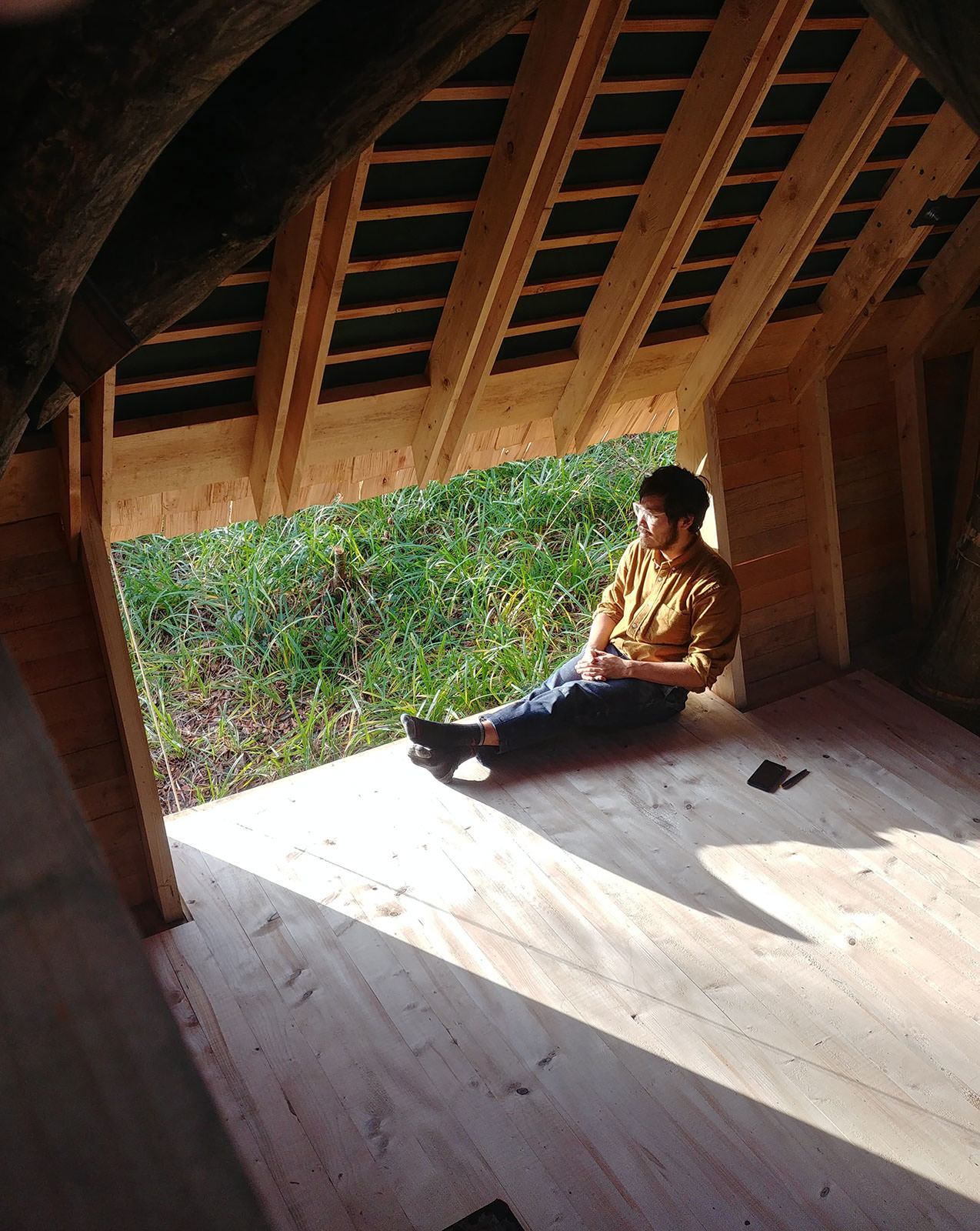 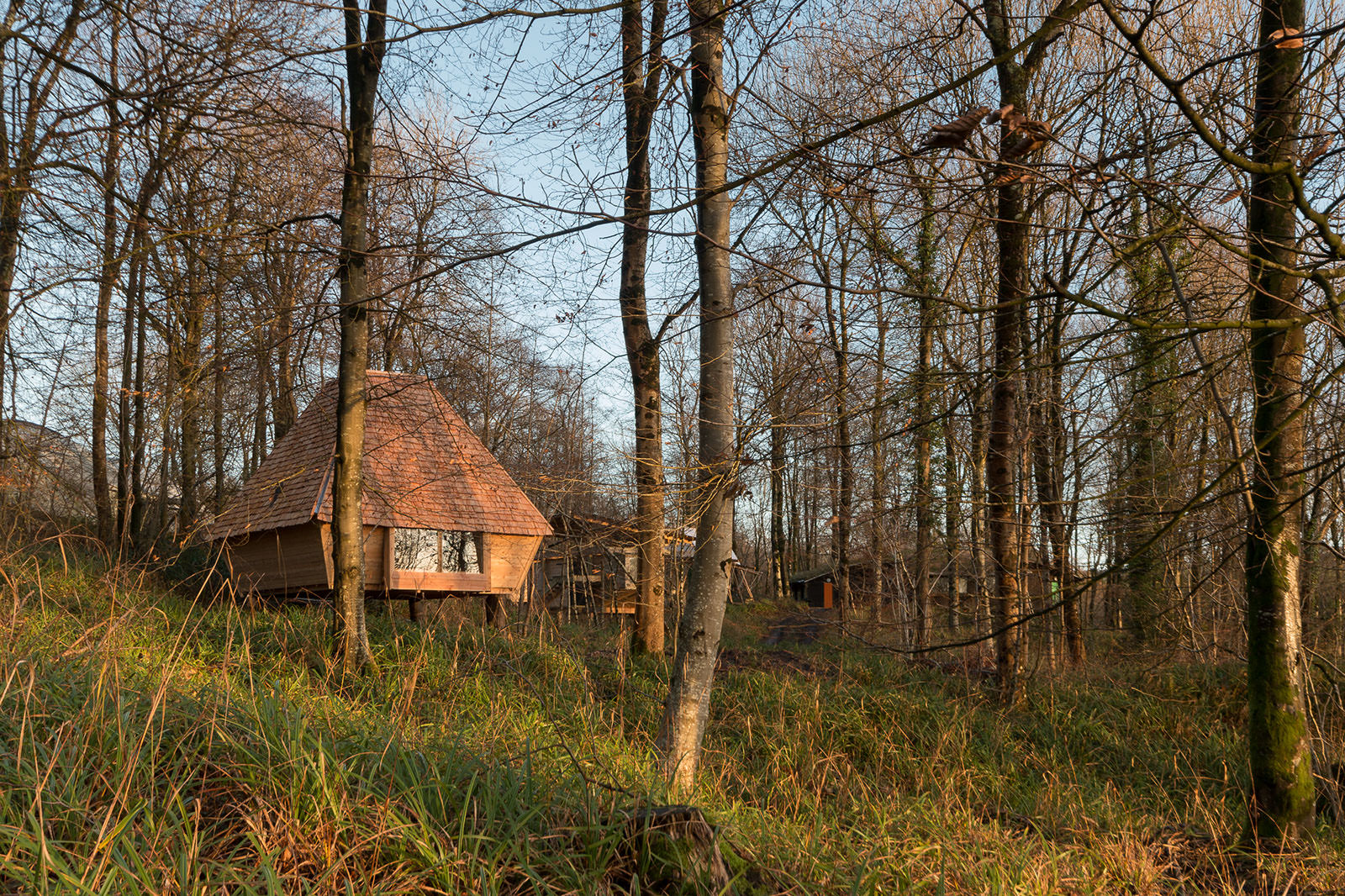 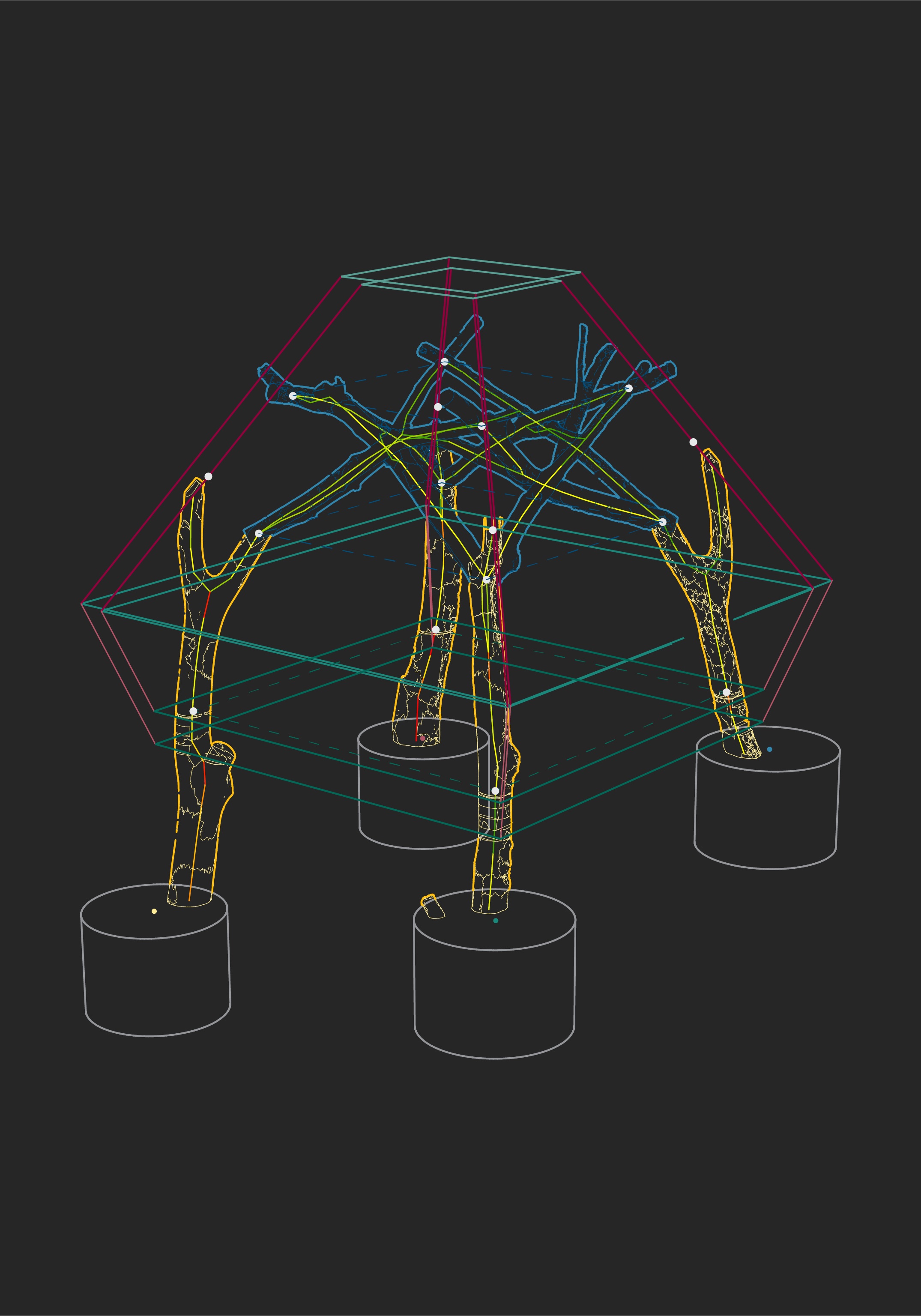 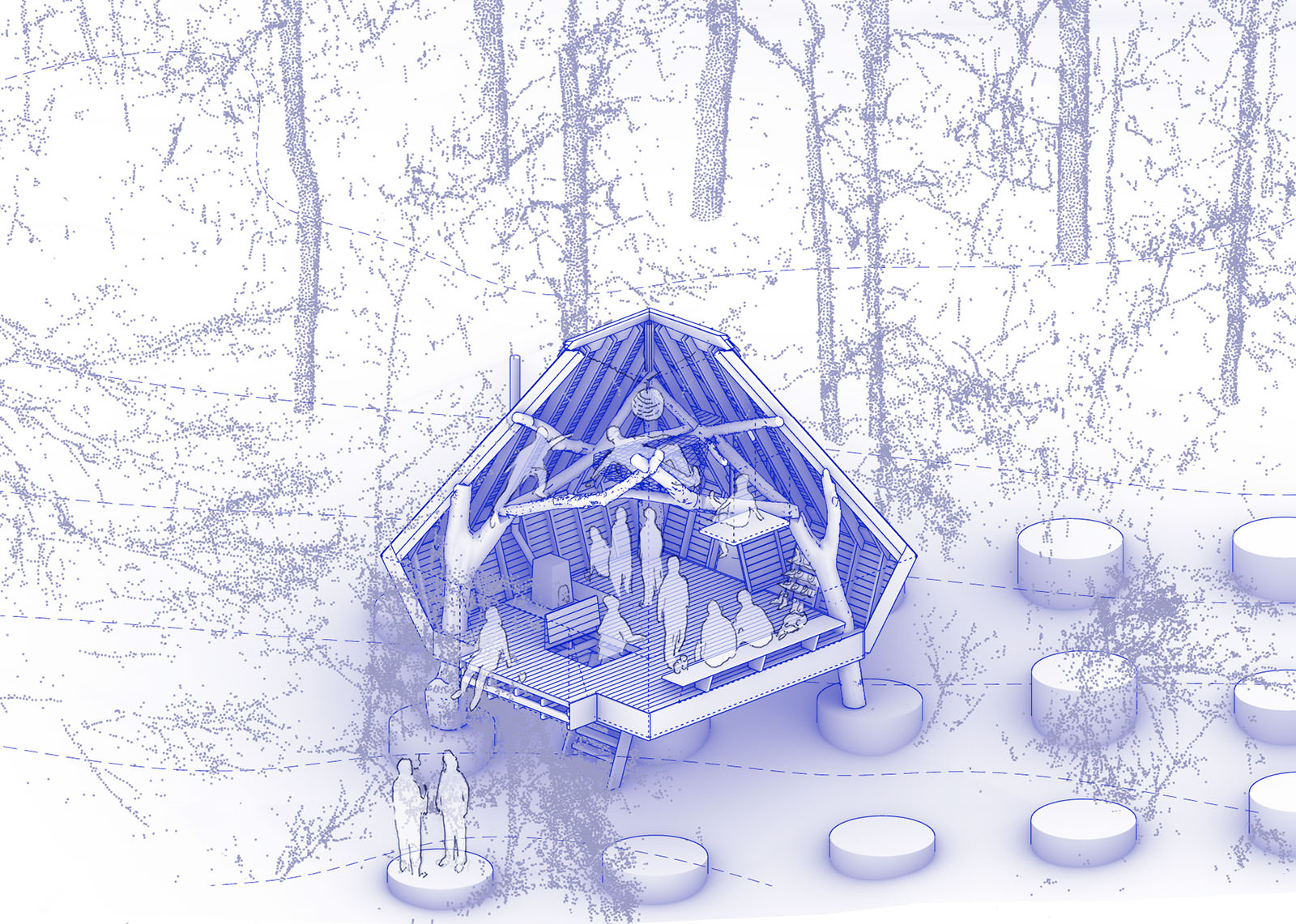 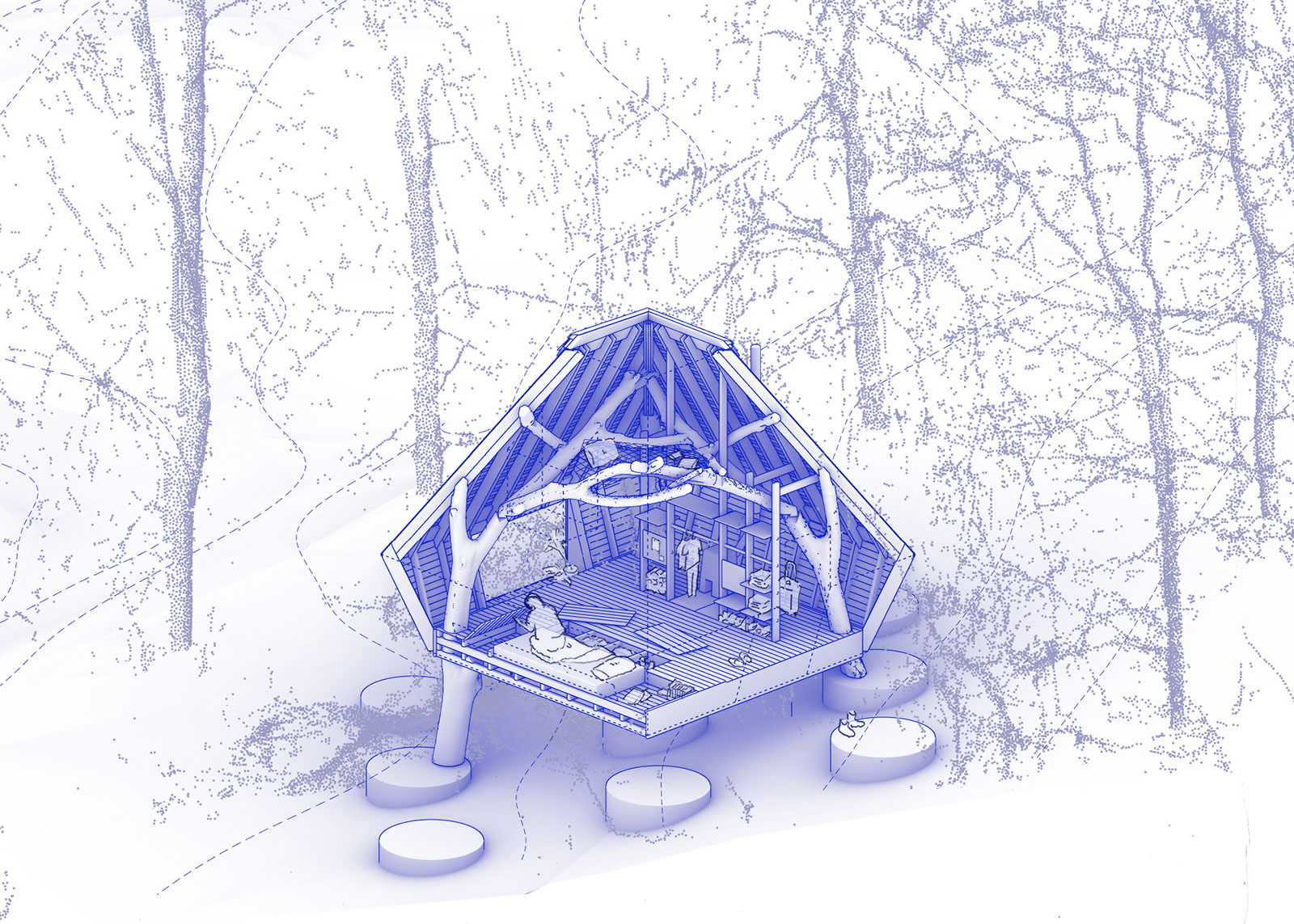 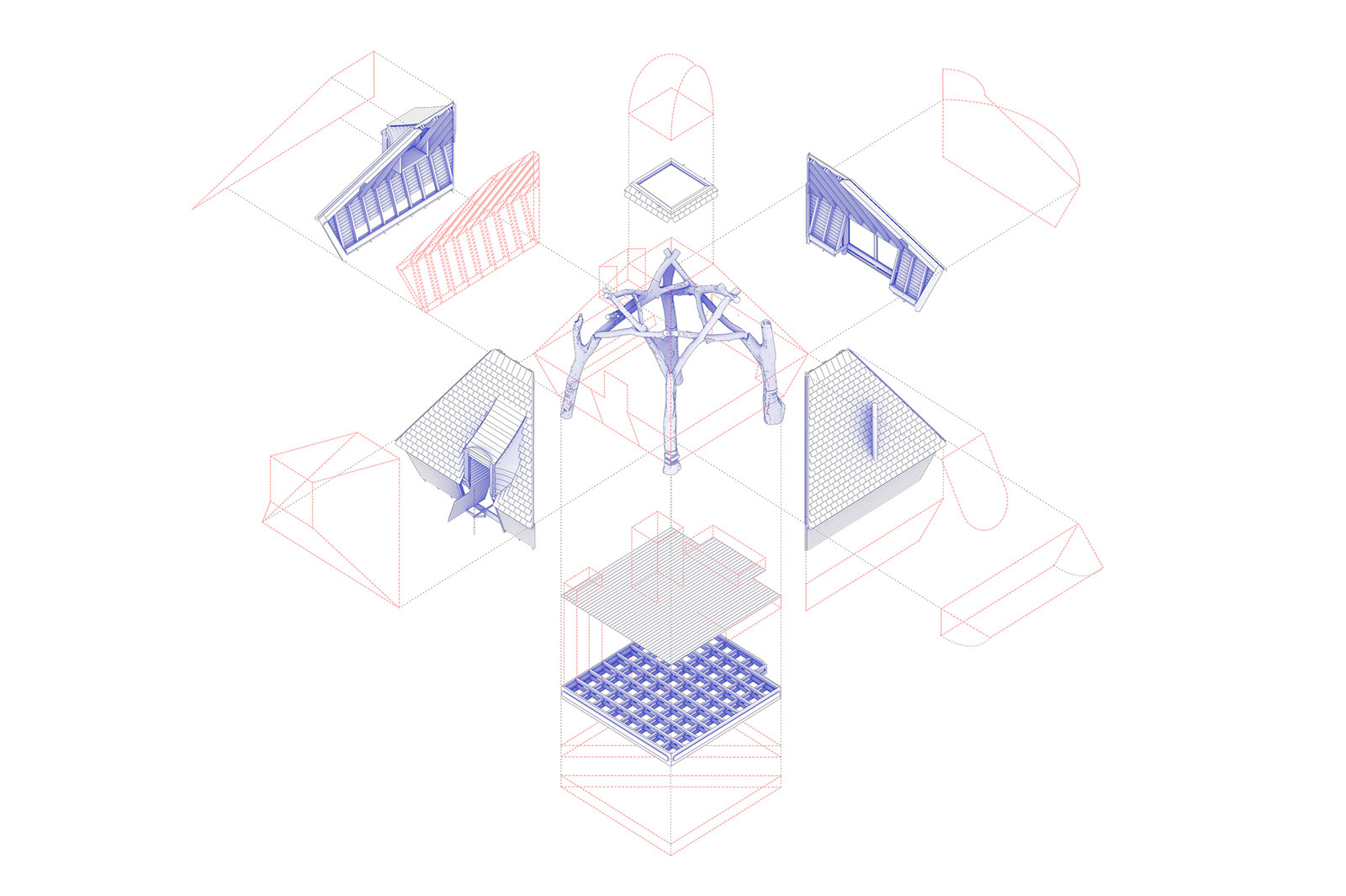 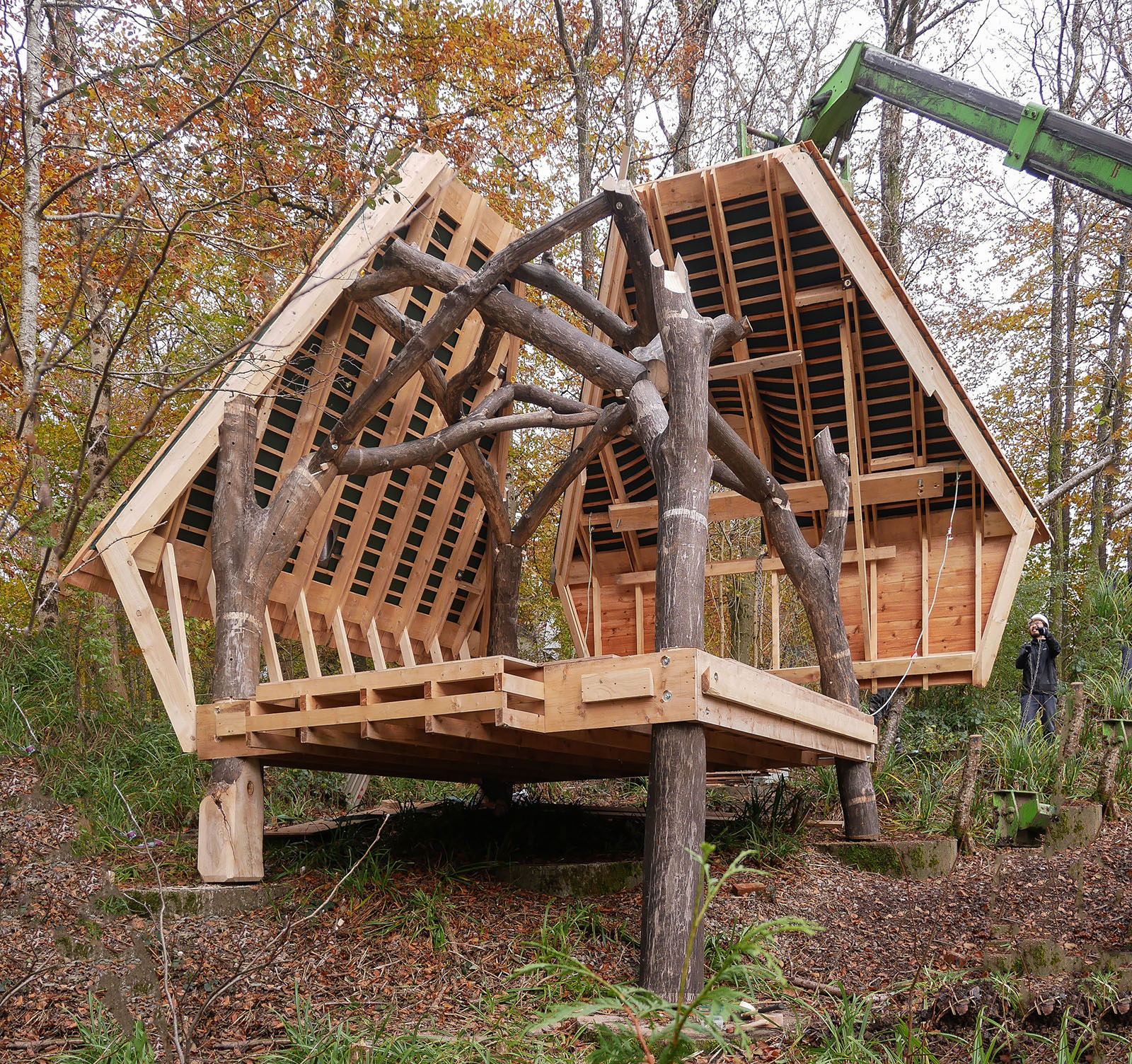 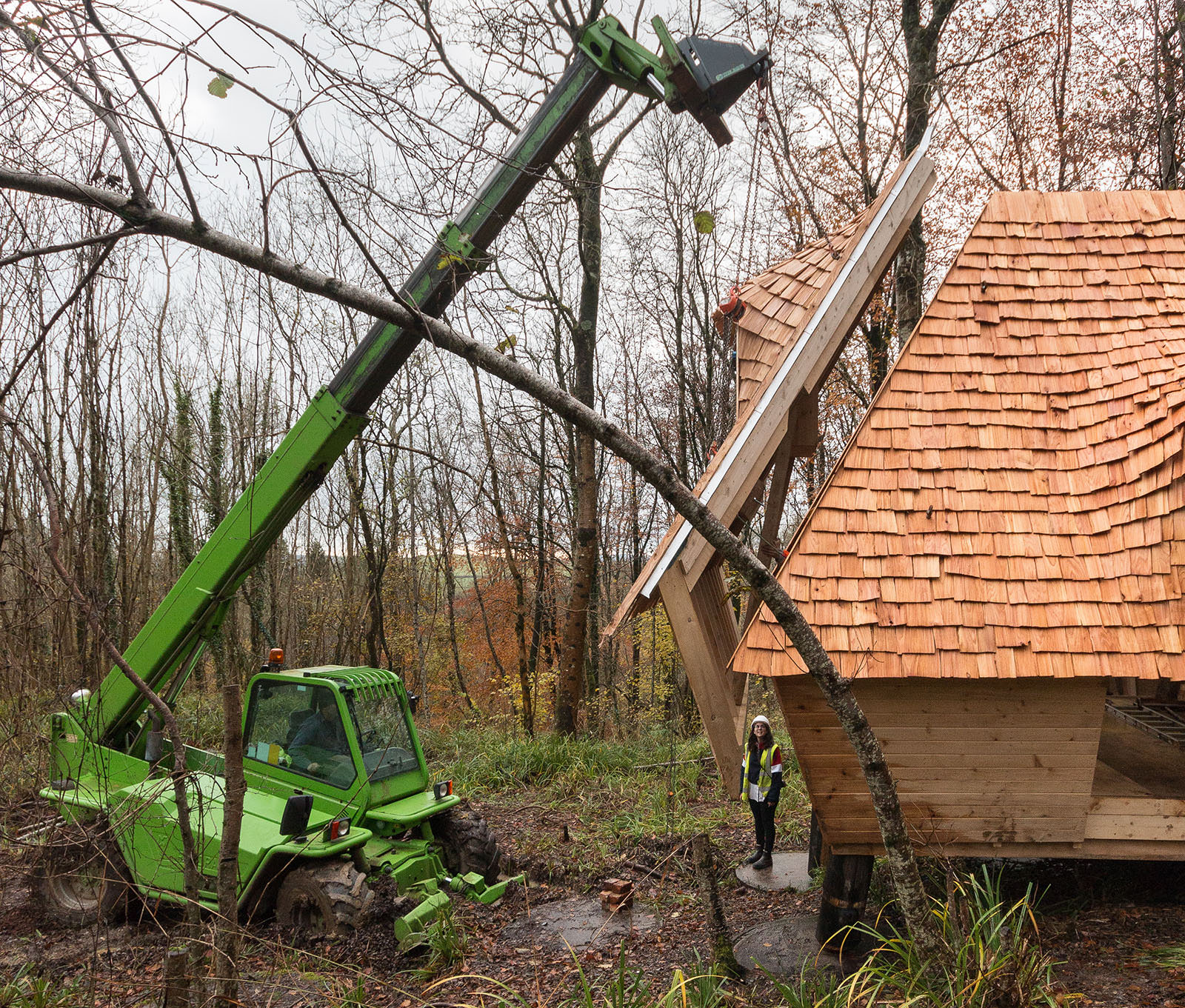 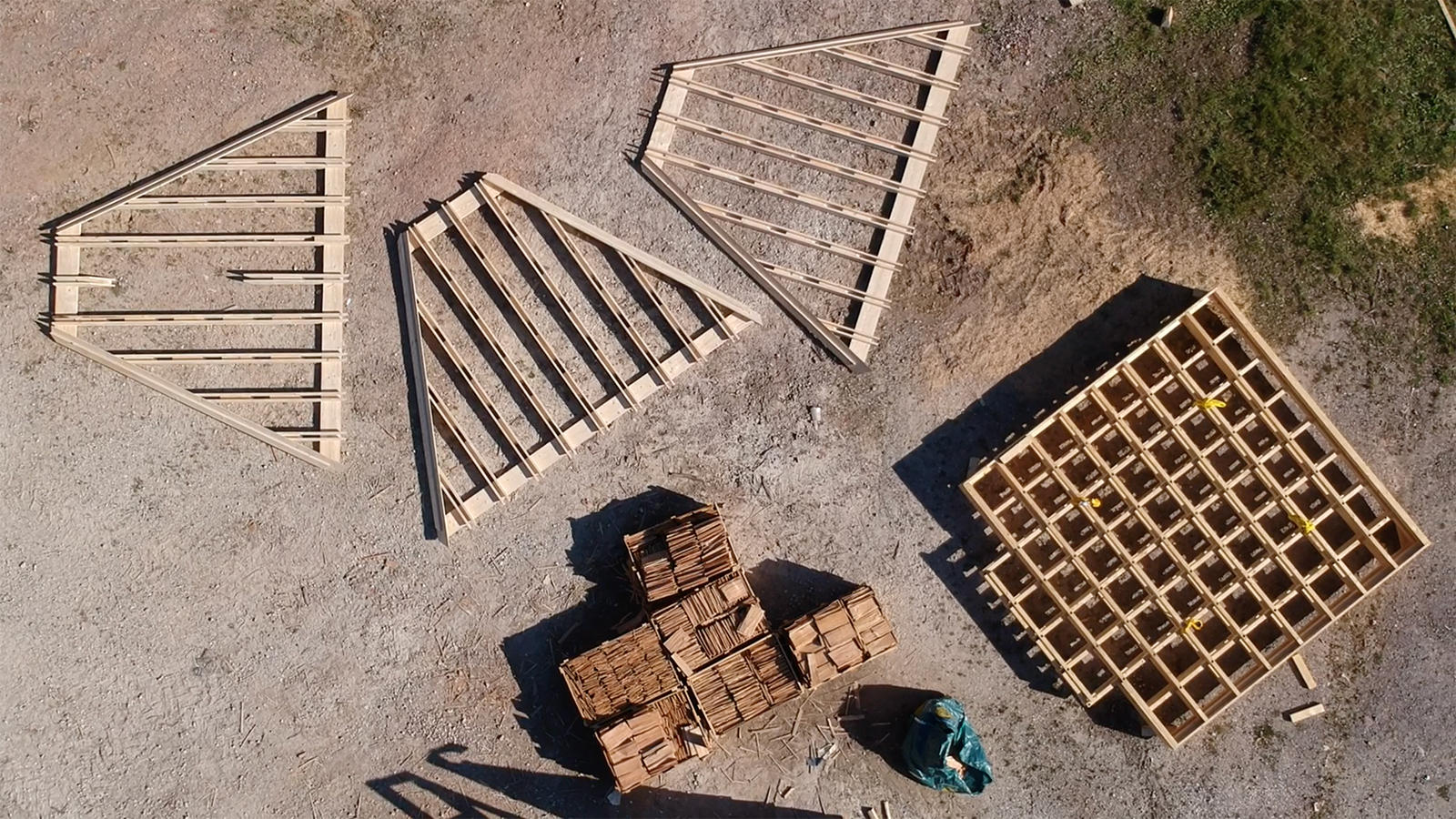 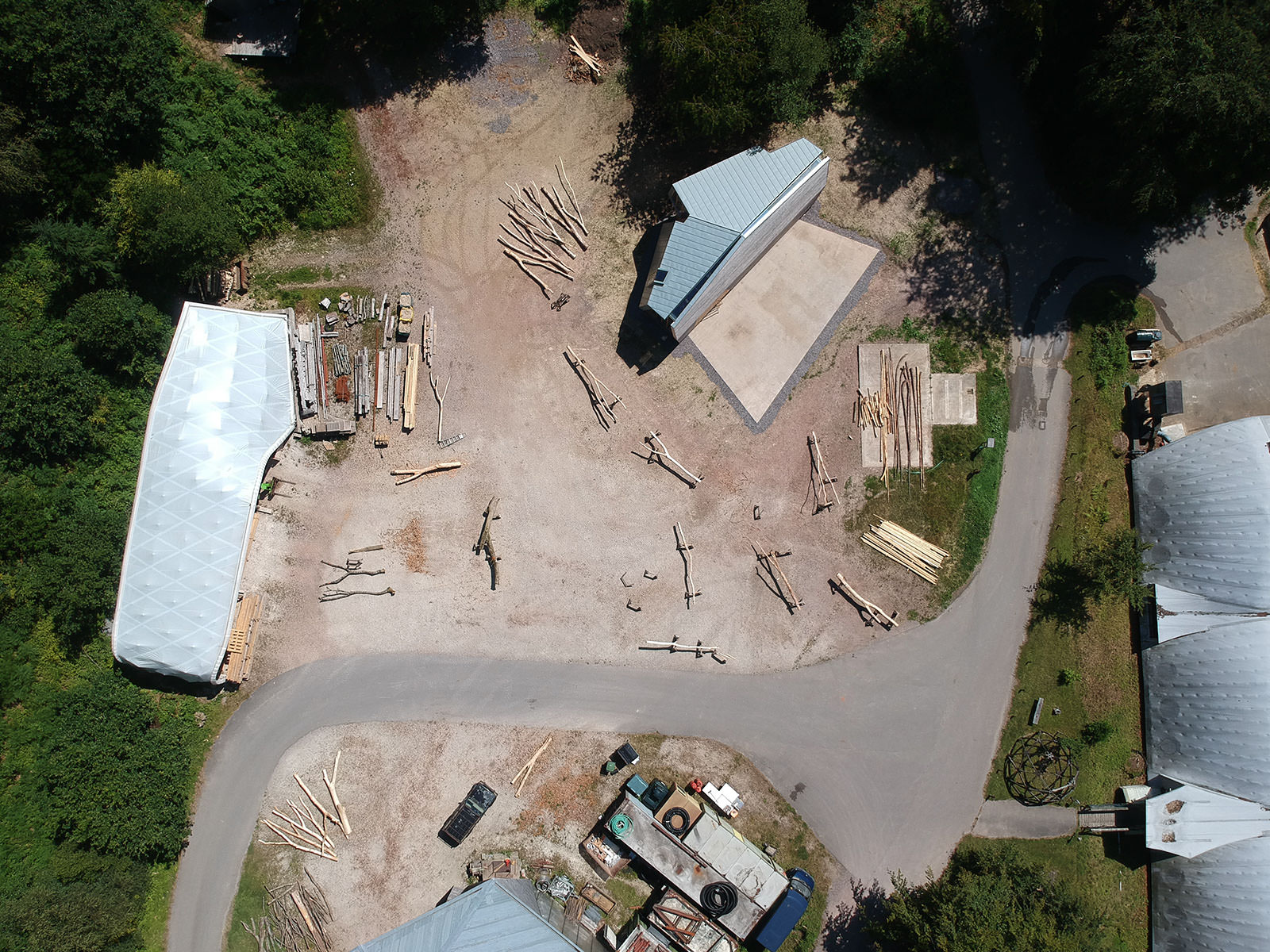 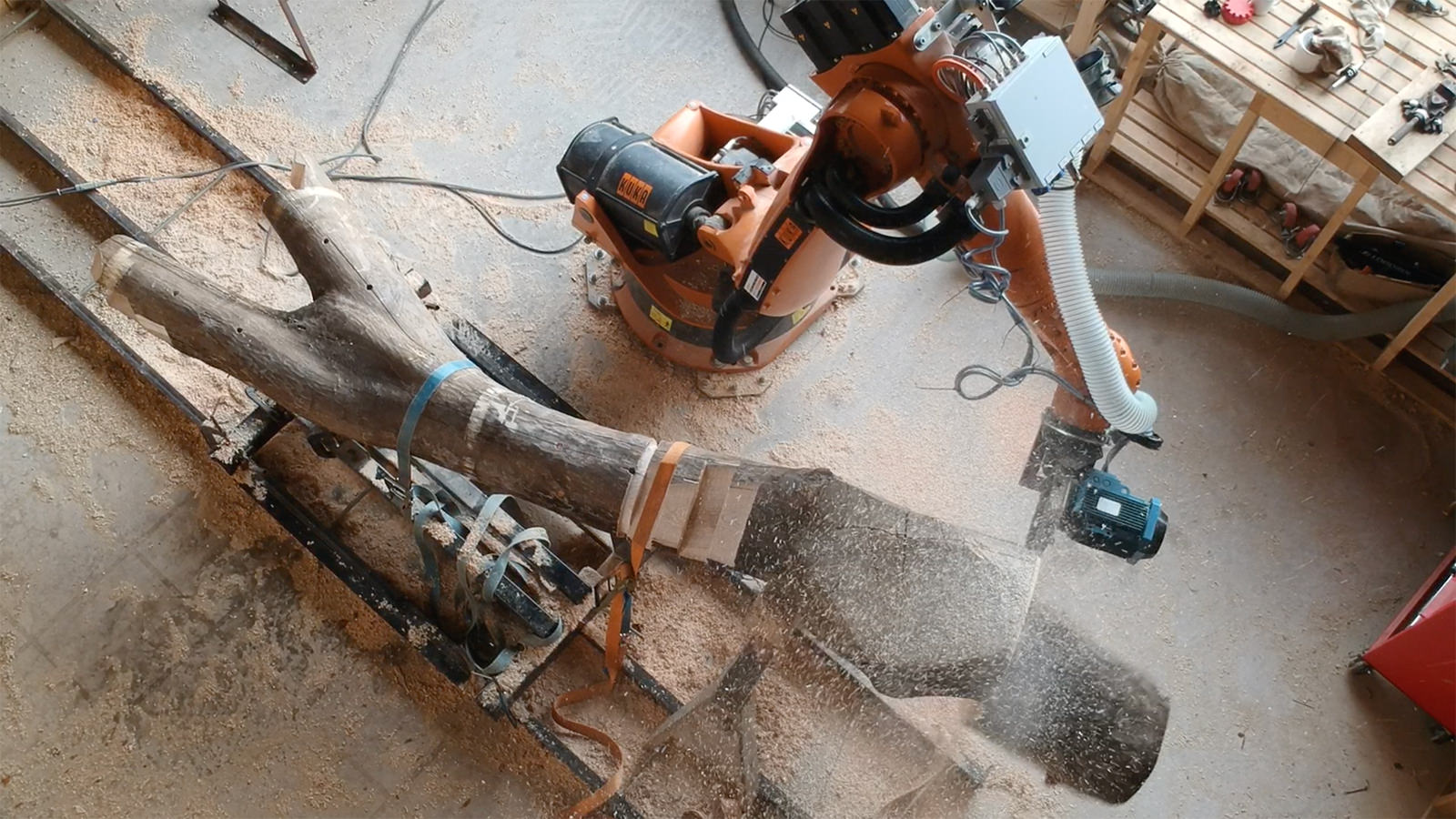 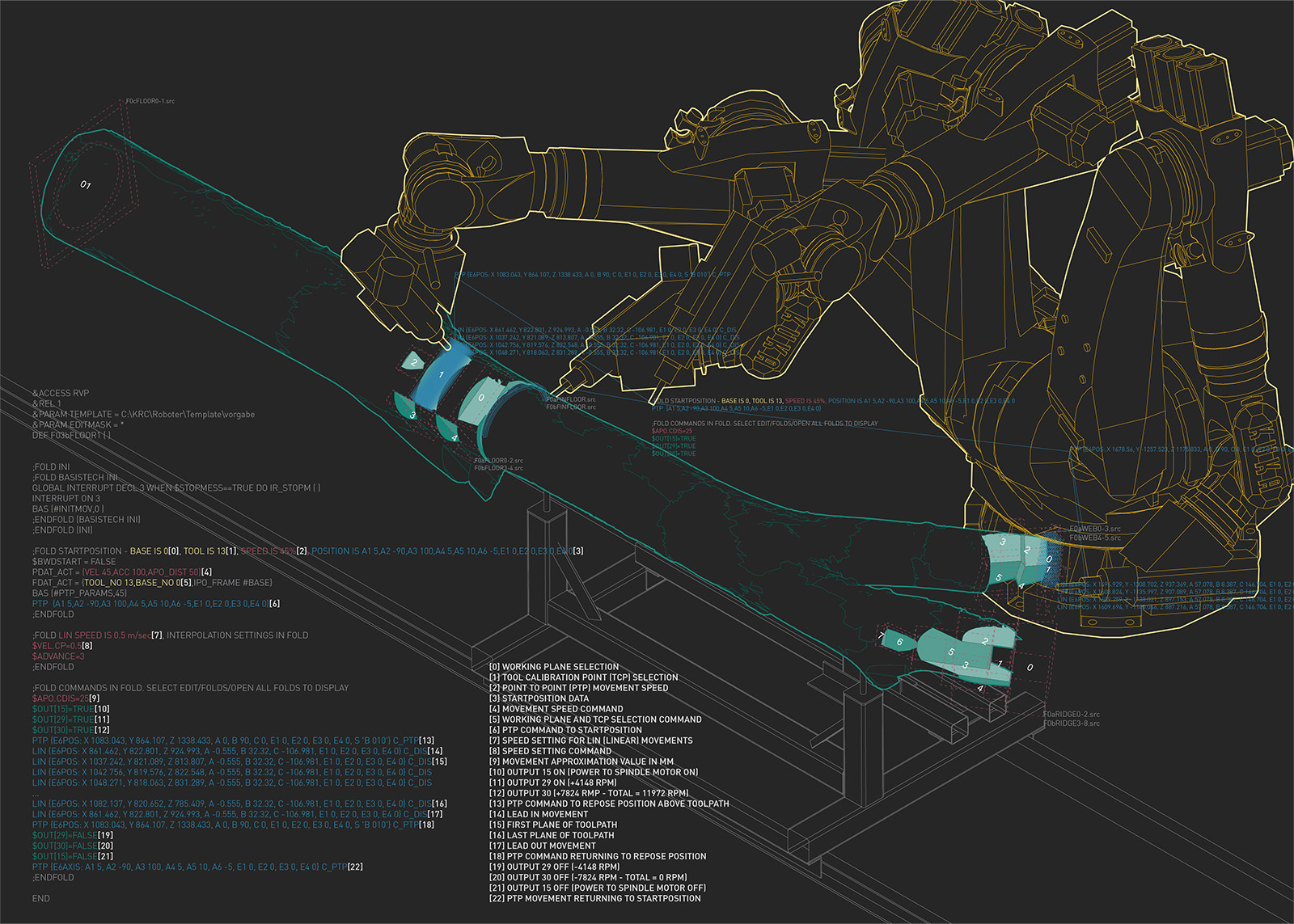 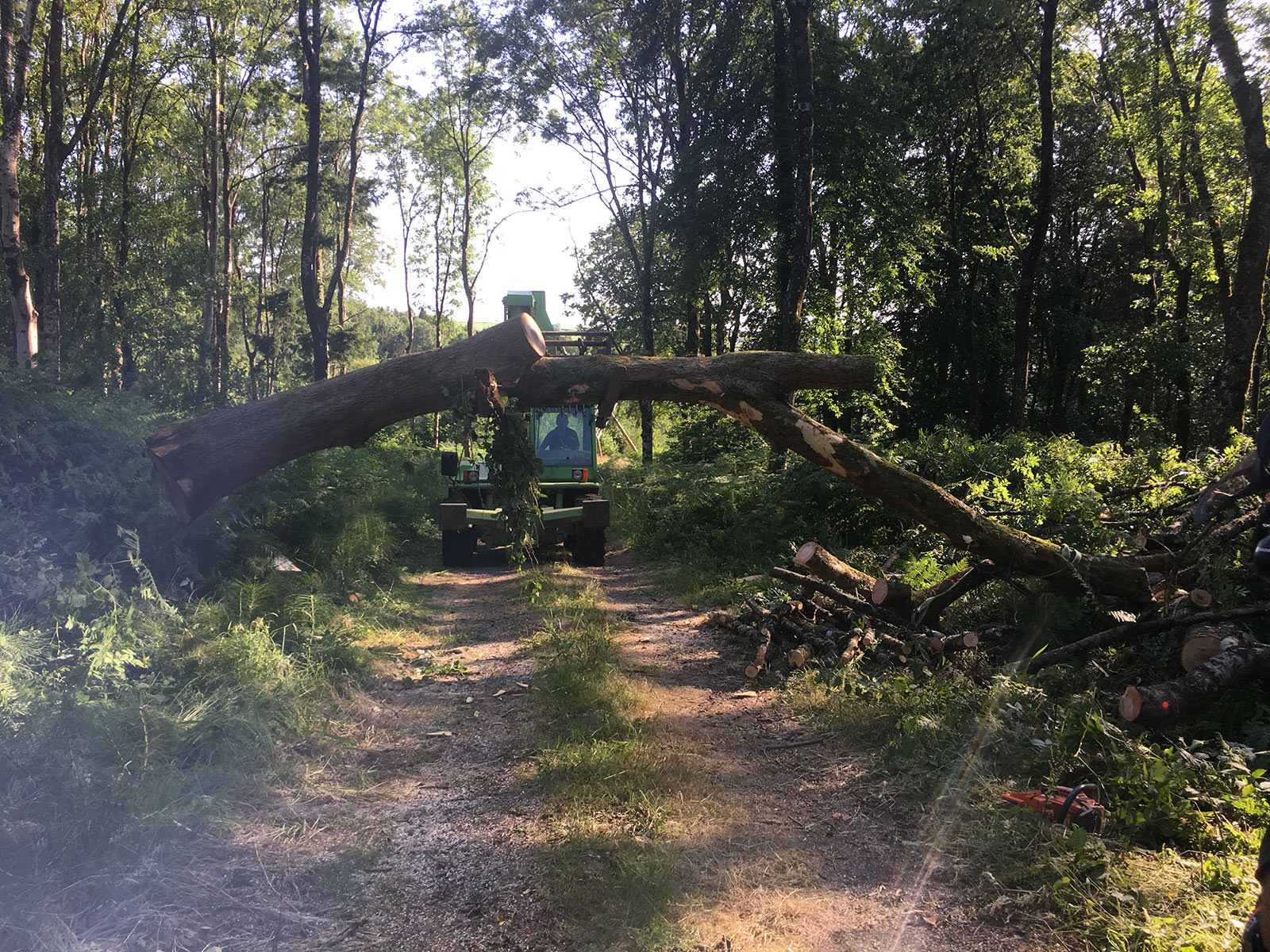 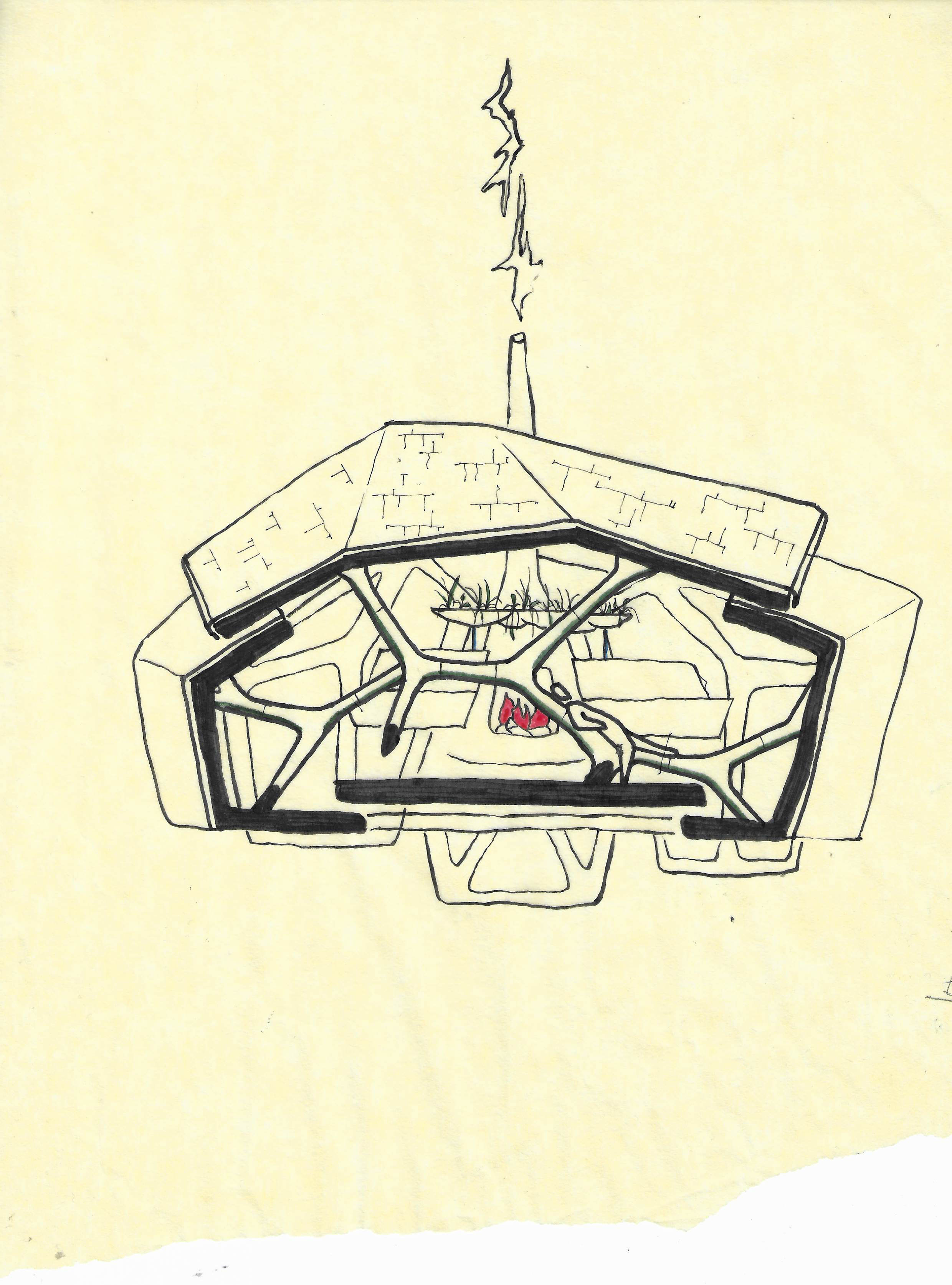 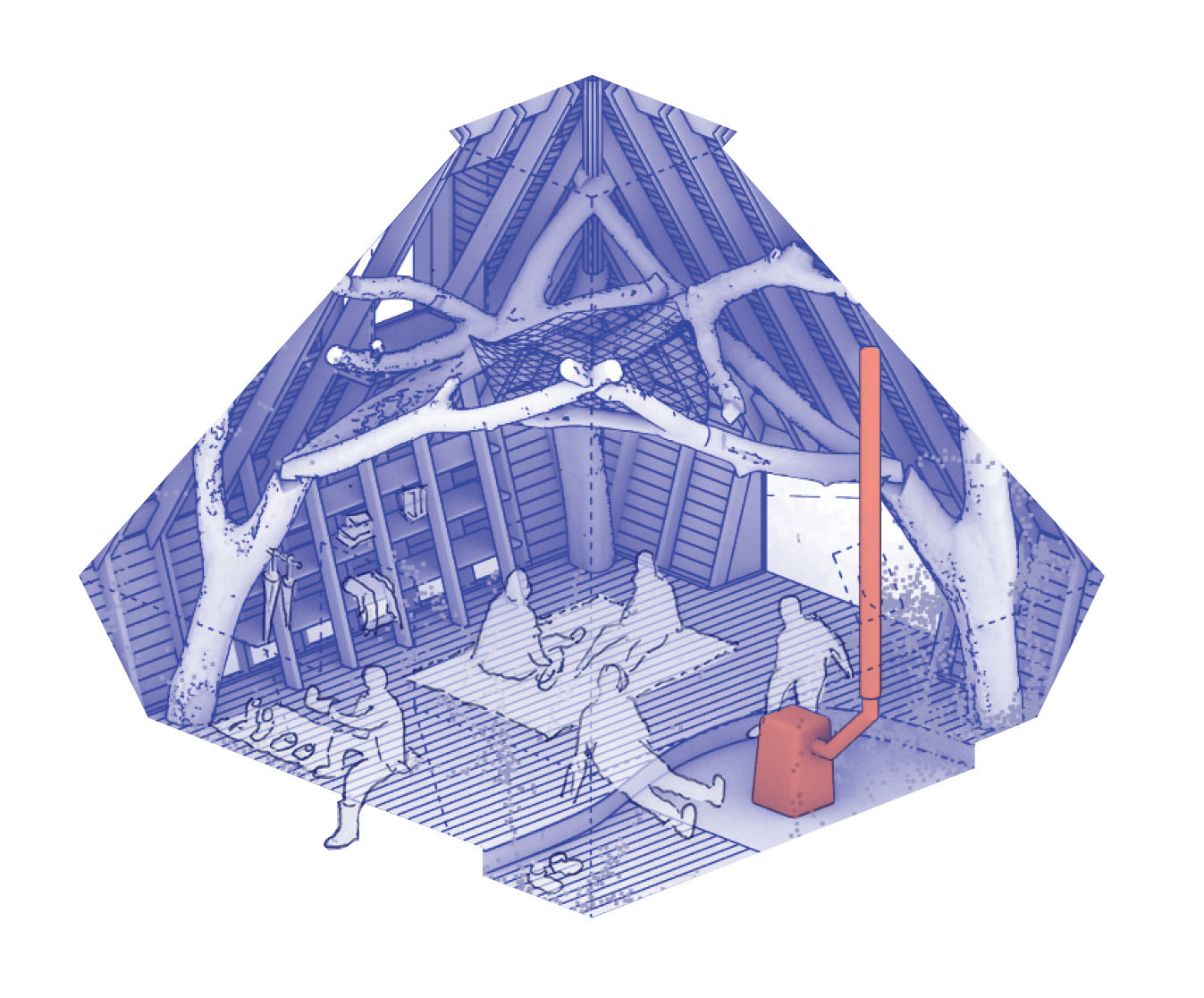 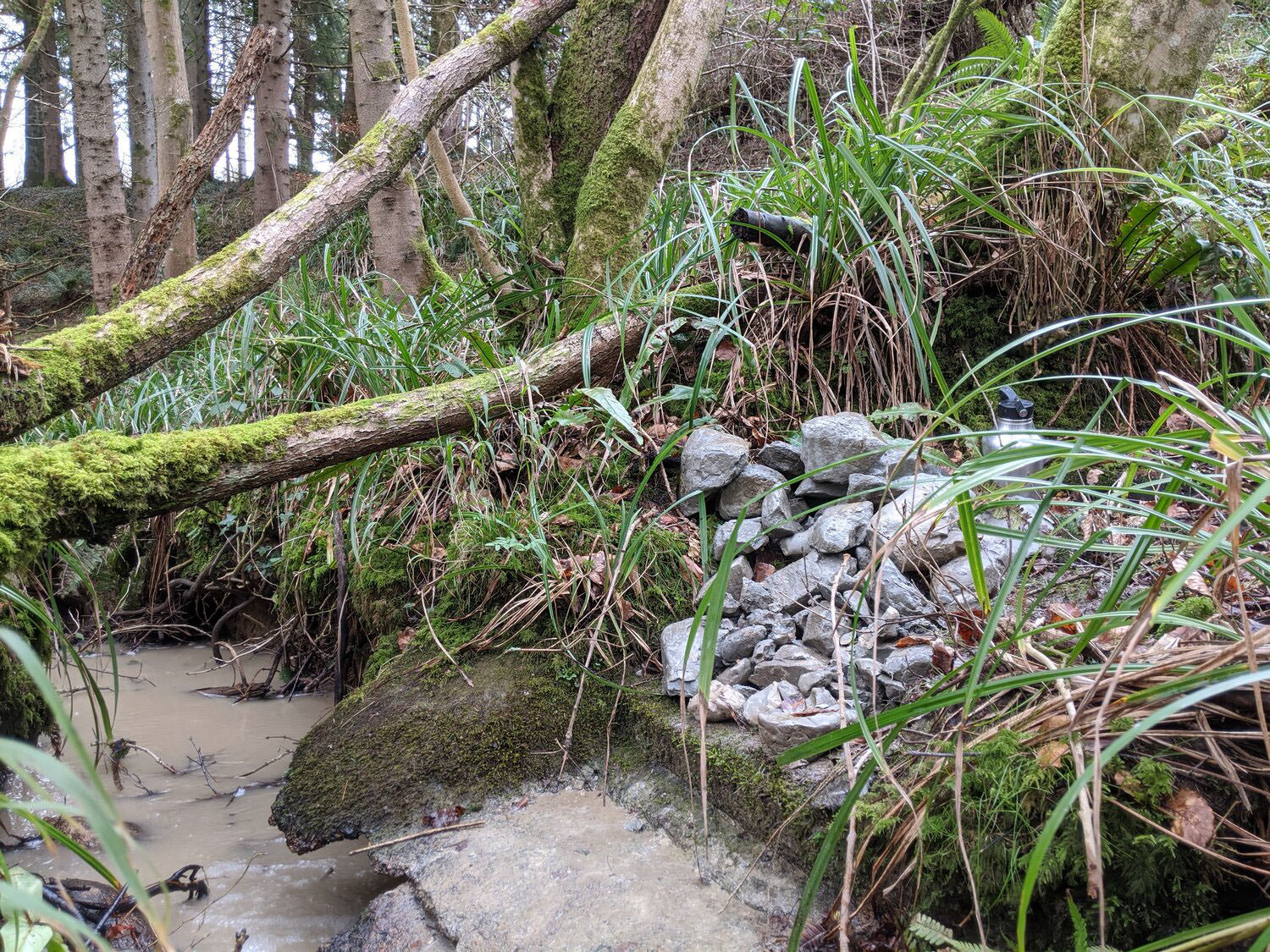 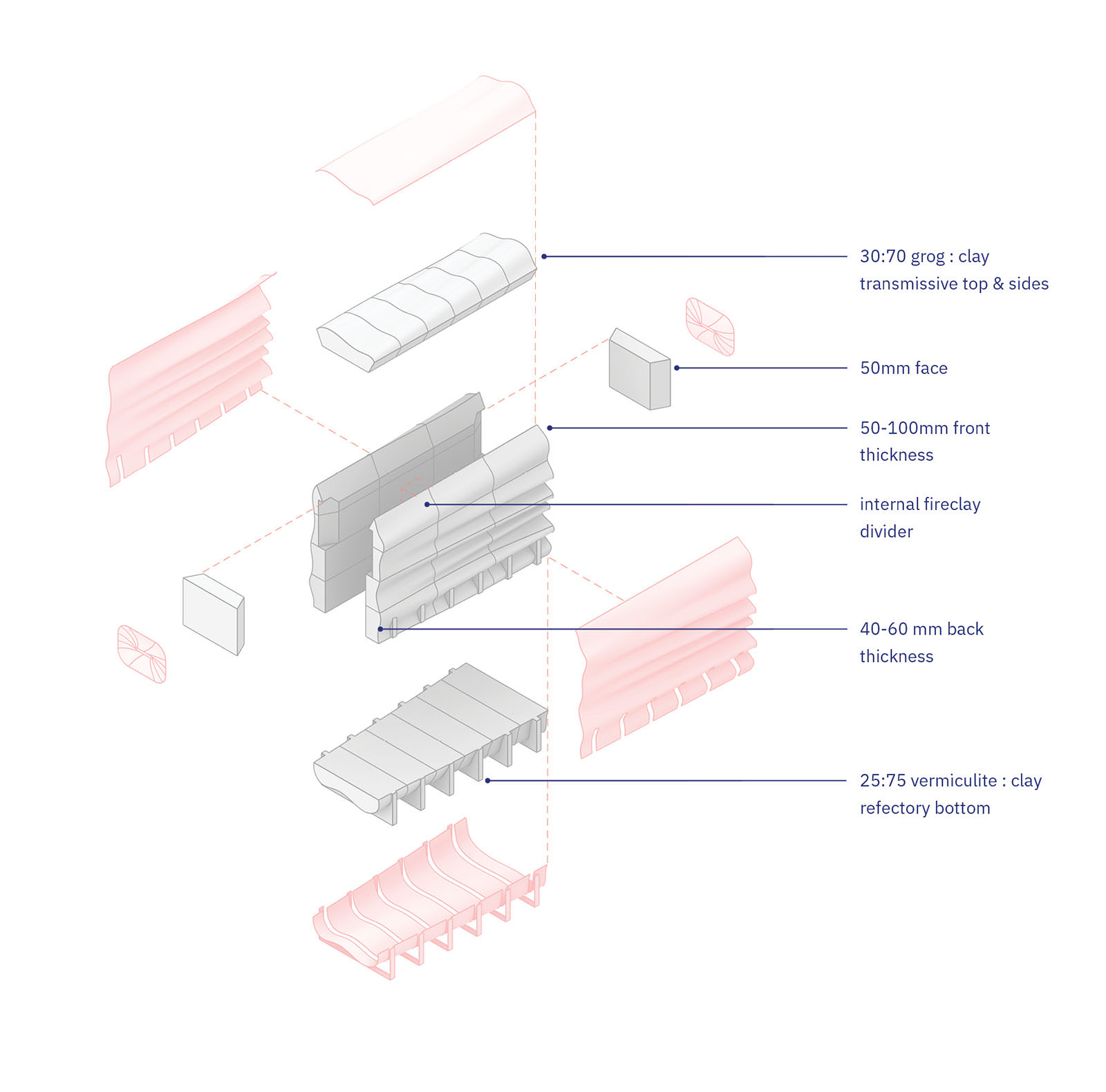 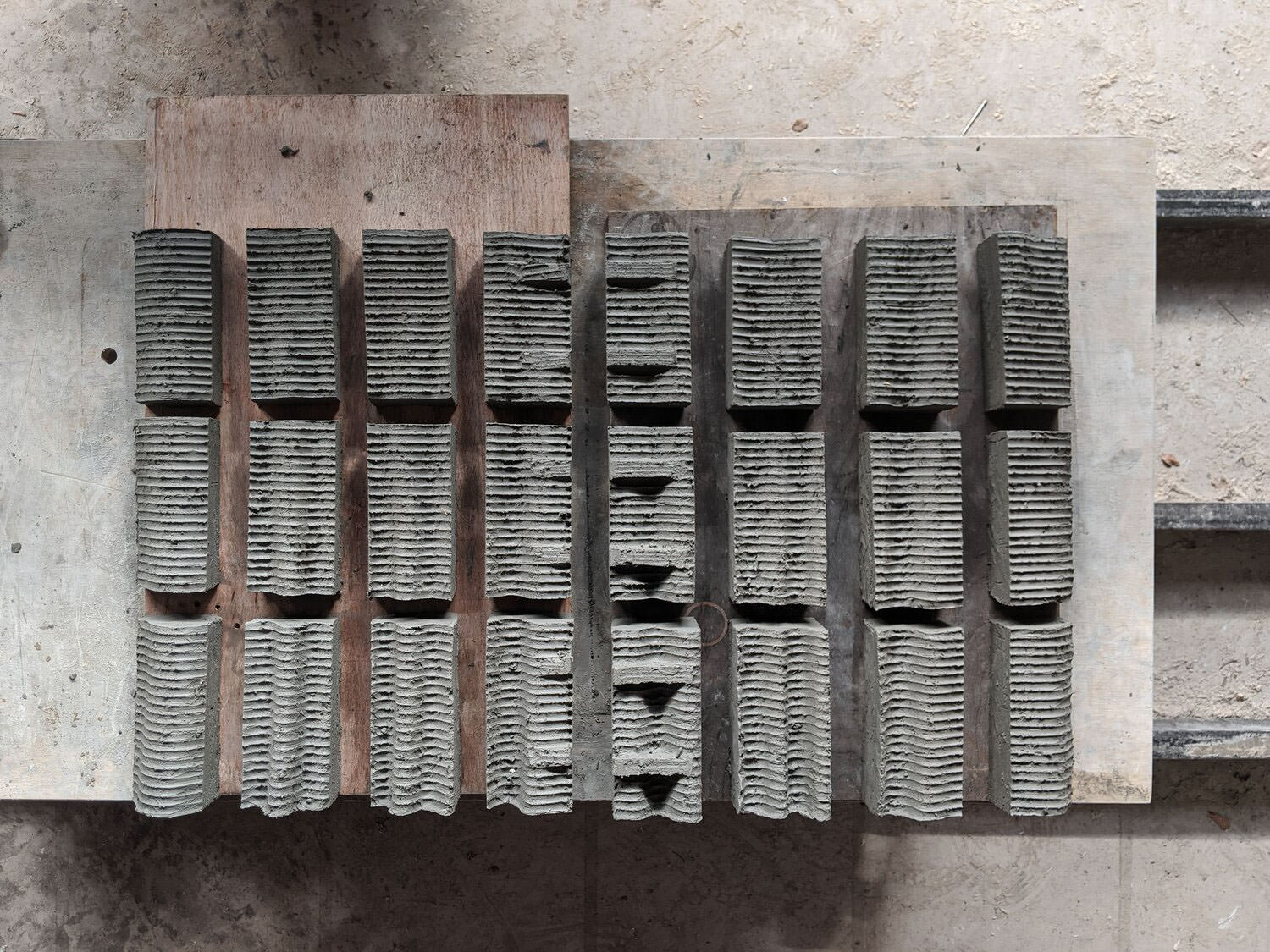 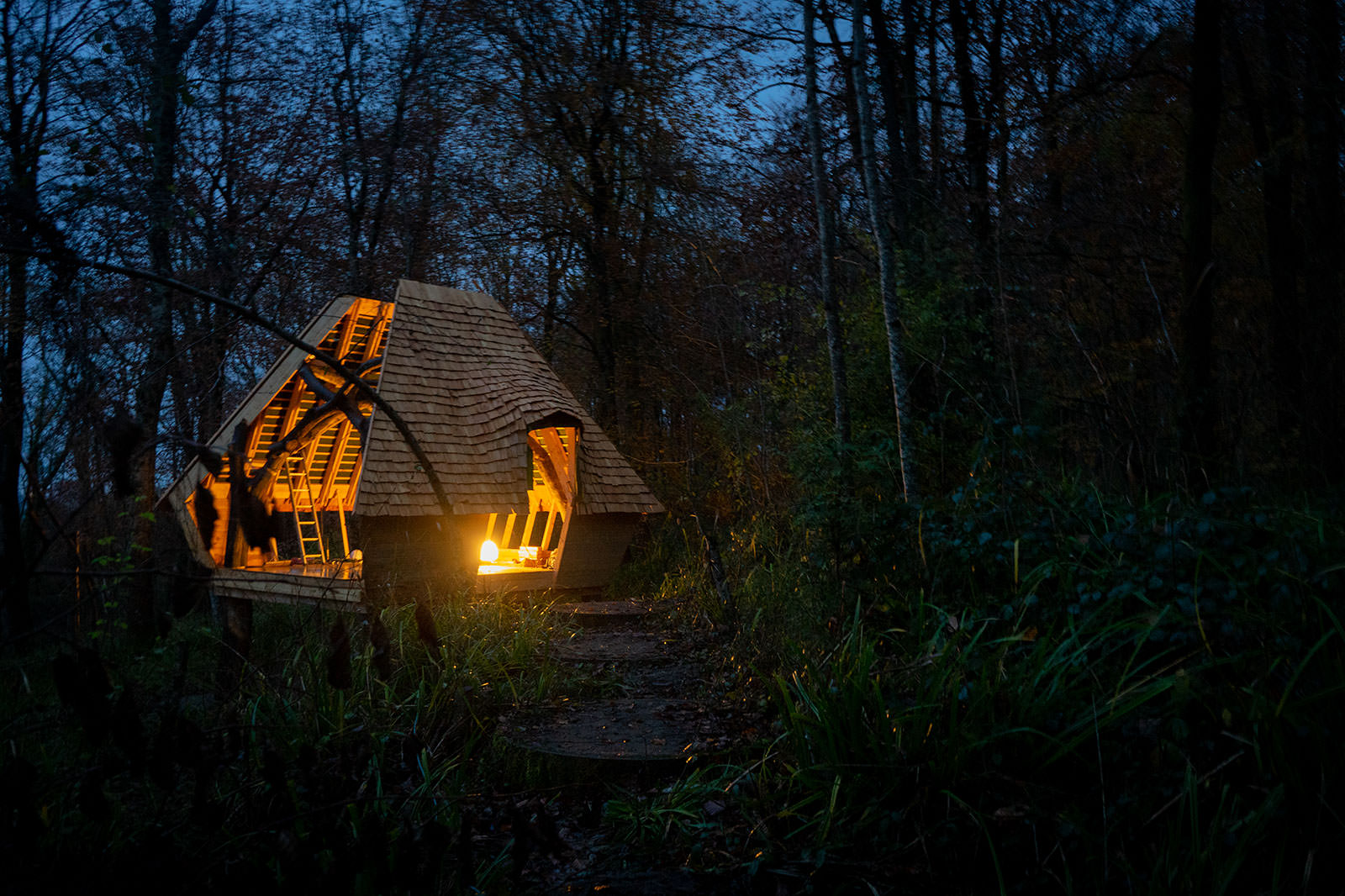 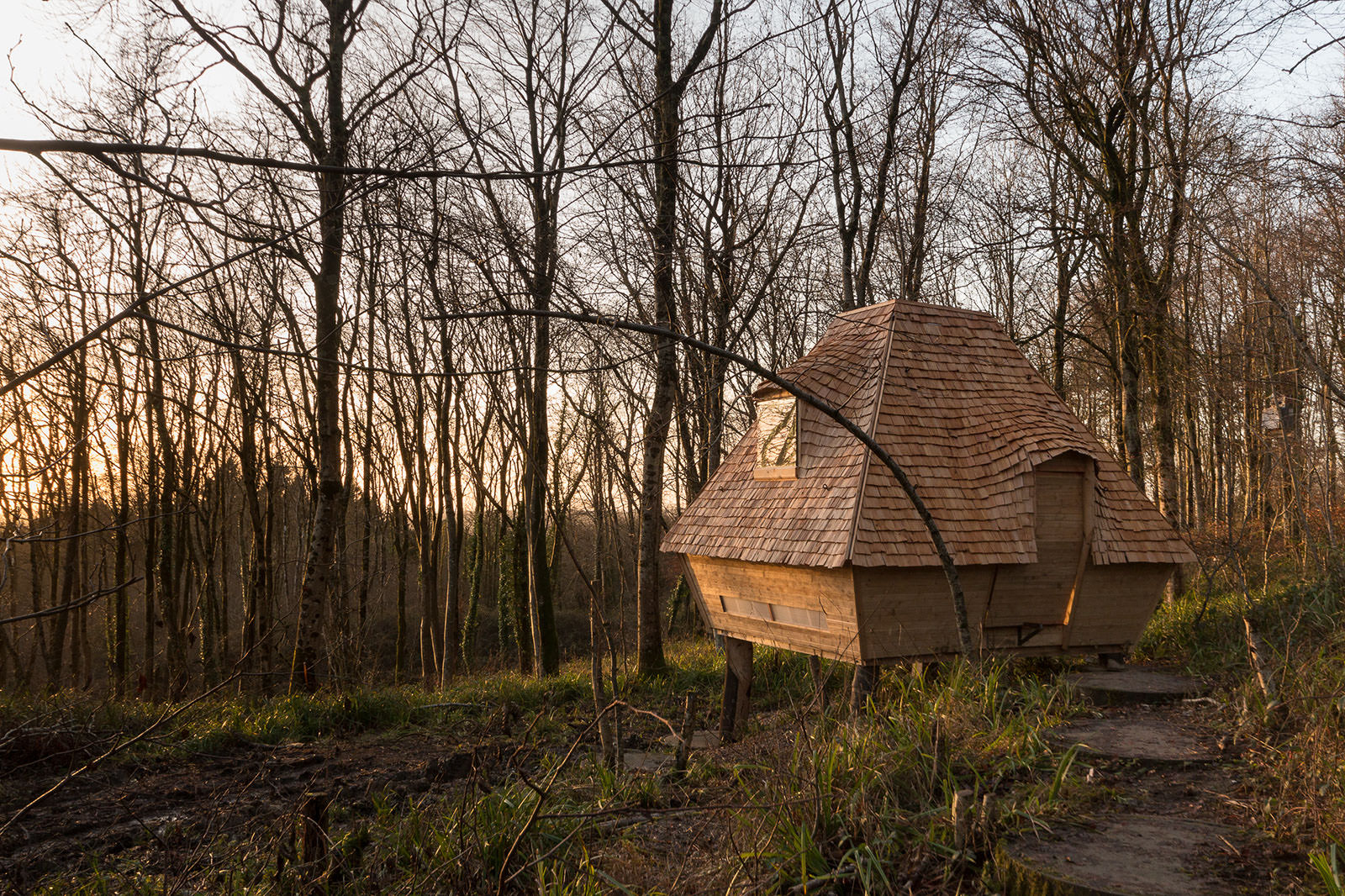 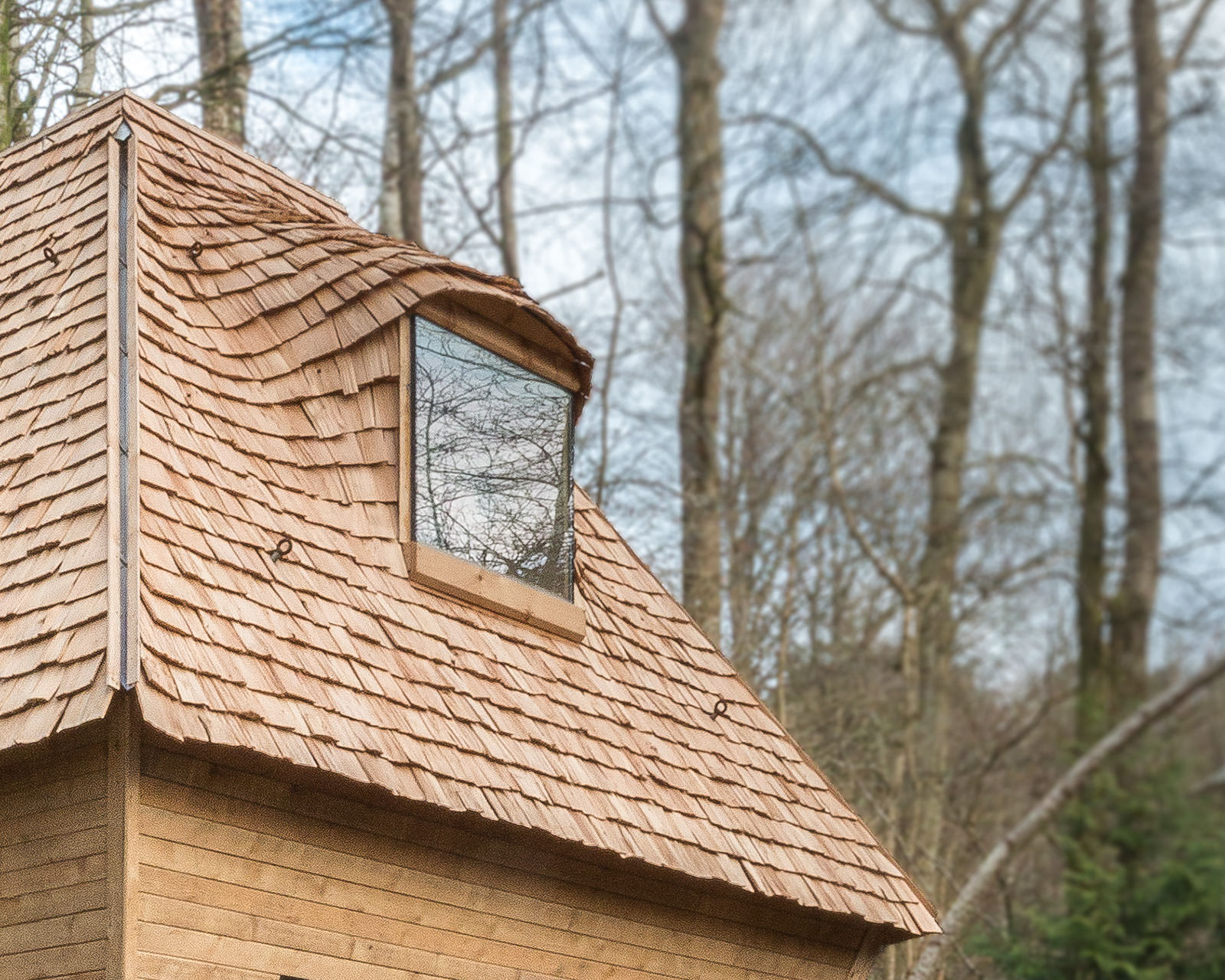 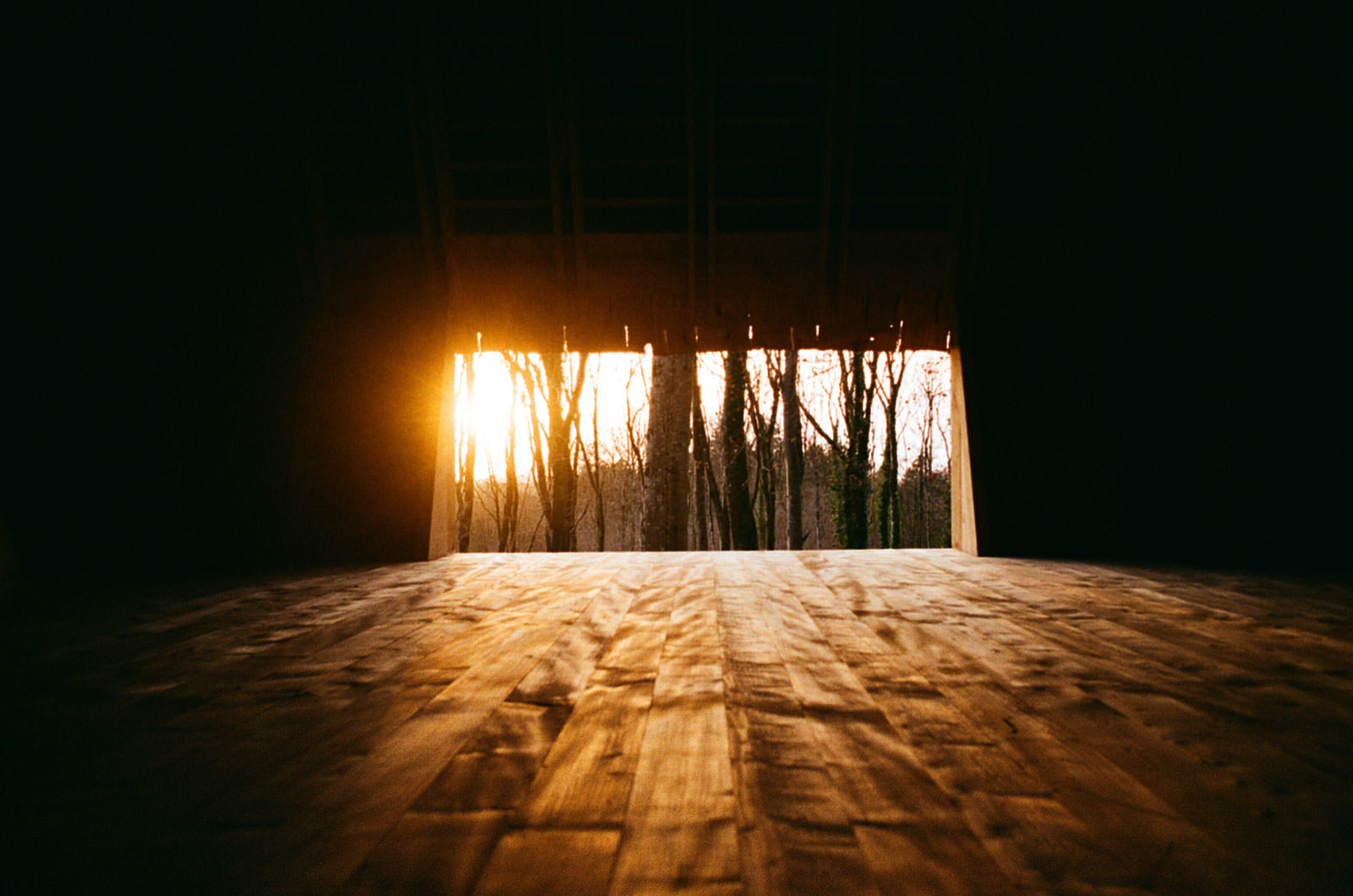 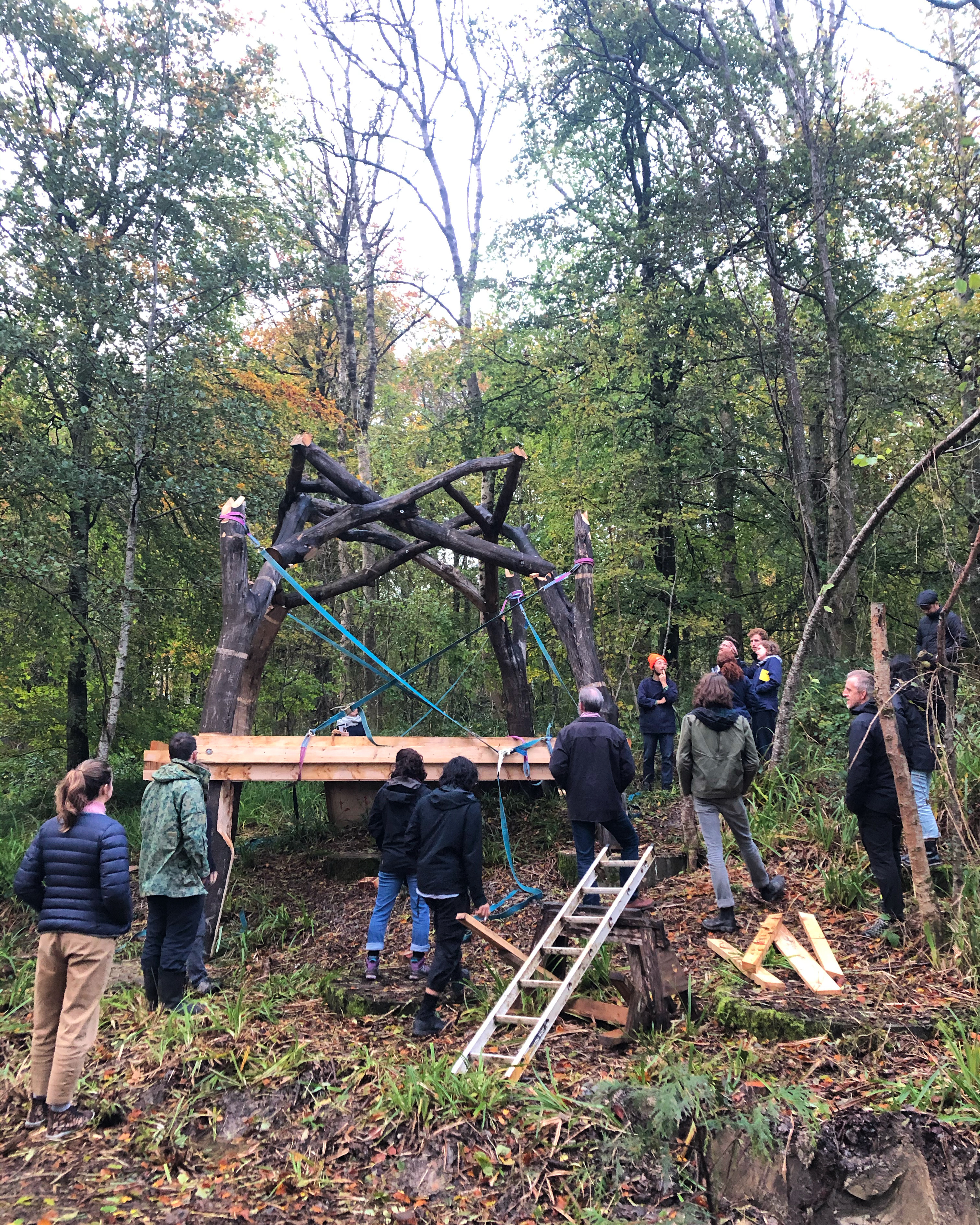 Text from our students:

This project was conceived as an aggregation of contrasting ideas and forms. The project brief for the Woodland Cabin stated the need for an informal domestic space that could be relocated if needed. An understated exterior shelters an elaborate interior; organic forms are clarified by milled forms; robotically crafted elements intersect with hand-made joints; site specific planning is subverted by demountability; moments of stillness and solitude are accessed by playful circulation routes.

An exploration of the senses contributed to the design and programming of the space. At the entry, a folded door pivots on a cantilevered hinge positioned inwards from its frame. It opens with an unexpected motion, revealing a glimpse into an interior bathed in light from above. A net suspended overhead and a seat in the dormer window invite a visitor to find ways to access them. A large window at the floor carries the eye through trees to fields beyond. Doubled rafters in the roof play with peripheral views, revealing a patterning of supporting blocks that suggest a logic of how furnishing might be installed. A series of tree trunks emerge from the floor and branch into the interior, forming a crown of branches that catch the ridges of the roof. Furniture elements provide a step into the branches, allowing access by climbing to spaces that can be both solitary and social.

The primary structure touches down on four concrete foundations. The structure consists of multiple sizes of tree branches, arranged as four columns connected by a bracing element. Robotic fabrication and novel techniques in roundwood carpentry articulate a series of timber-to-timber connections that fit digital and hand craft together. Robotic fabrication was used to precisely locate datums along a branch form, allowing the tree’s inherent geometry to act as the primary locator for the envelope.

The envelope consists of a floor and four panels. The panels interlock with each other and the floor through joints along their seams, located globally by joints on the primary structure. Five openings in the envelope situate the building, providing a dynamic point of entry and a layered arrangement of views that expand the internal space into the external vistas of landscape and sky.

Upon the completion of its construction, a loosely planned internal layout directed an initial exploration of built-in furnishings. With these first furnishings installed the cabin functions as an informal domestic space for students and staff to inhabit and adapt as they please.